Groups demand change and accuse the chairman of poor leadership

• The coordinators say there is a leadership vacuum and crisis in the NEC since Nzibo took over two years ago.

• They have written to the council’s top brass and the National Executive Committee seeking an urgent special general meeting. 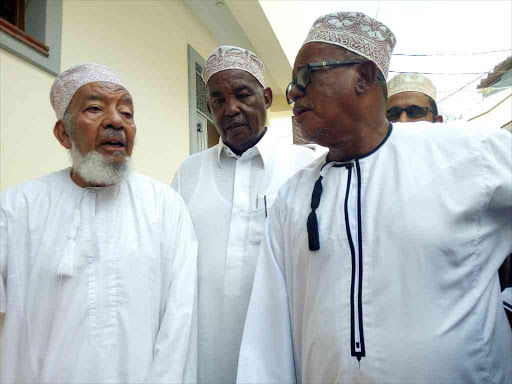 The Supreme Council of Kenya Muslims is beset with leadership wrangles after Nairobi, Coastal and Eastern leaders said they are unhappy with its management.

They said there has been a leadership vacuum and crisis in the National Executive Committee since Yusuf Nzibo became SUPKEM chairman two years ago.

The regional groups have written to Supkem’s top brass and NEC requesting for an urgent special general meeting.

“The chairman has always deliberately chosen to excite division, disaffection and ill against other members of the goodwill and this has led him to resort to frequent outbursts which are the hallmark of disaffection,” Kamwana says.

Kamwana, who is also NEC member representing Marsabit, Isiolo, Meru, Tharaka Nithi, Embu, Kitui, Makueni and Machakos, said the chairman has been avoiding to call the special general meeting since he knows he will be removed.

“He has failed to respond to the office of the auditor general after they raised queries in the Haji report and he has not given them the necessary documents the office requested,” he said.

He fears that Supkem is facing collapse due to failure to meet its objectives and that the status quo is prejudicial to the existence and viability of the council.

The chairman further noted that Nzibo has failed to provide sound leadership on Pumwani Riyadha Mosque after they petitioned the council on the issues bordering on security threats and misappropriation of finances.

“The Central Bank of Kenya has responded to the fraudulent complaints against the Supkem chairman,” Kamwana said, noting that the head office is directly implicated in the matter, hence cannot evade the responsibility since Nzibo is both chairman of the umbrella body and the mosque.

“The Supkem chairman’s image is tainted due to his leadership at Pumwani Mosque and this has directly soiled the entire head office due to chairman association at Riyadha Mosque as its interim chairman,” the official said.

Ali Golicha, Nairobi's regional coordinator, said that his region and others across the country have collected signatures to petition the council's top organ to suspend the chairman from office because he has lost credibility and lacks good leadership.

“This decision was amicably reached in my office and it was agreed that the only alternative is to have a special general meeting to address leadership crisis for the interest of the council and the Muslim community at large,” Khitamy said.

A special general meeting, according to the Supkem constitution,  may be called for any specific purpose by the chairman in consultation with the NEC.

Nzibo was recently quoted in a section of media denying the issues raised, saying the groups fighting for a special general meeting want the council to collapse.

The former IEBC commissioner said he would not be intimidated and warned them that he will not tolerate blackmail.