• The activist was earlier ordered to pay Kiraitu Sh5,063,620 but another court slashed the penalty 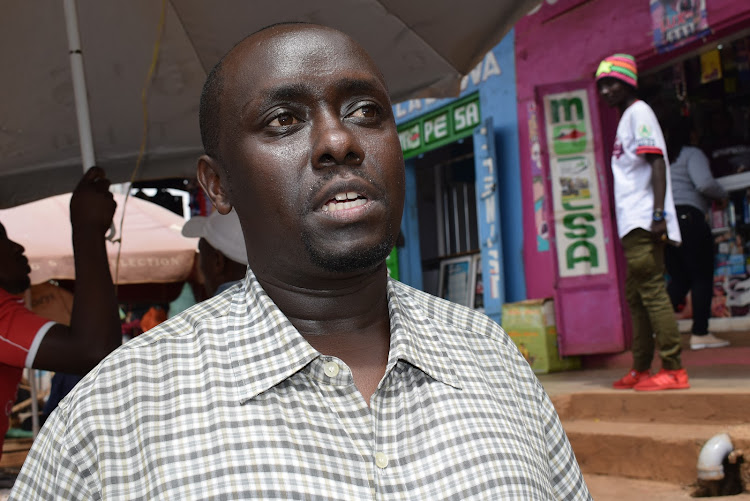 A Meru activist intends to walk about 50 kilometres to raise Sh345,000 to pay Governor Kiraitu Murungi as the cost of a failed case against the county chief.

A Nyeri court had ordered Salesio Mutuma Thuranira to pay Kiraitu Sh5,063,620 but this was reduced to Sh345,000 by another court.

Judge Nzioka wa Makau noted that Thuranira was accused of filing a petition in the interest of 291 workers.

The judge found it difficult to understand on whose behalf the activist had filed the case as an affidavit before him did not show the authority of the casual workers that Thuranira said he was representing.

Judge Makau ruled that the petition was weak as it did not have the casual workers' authority.

“In the instant case the absence of the authority is that the petition is fundamentally flawed for non-joinder,” his ruling read in part.

“In the final result the petition is struck out with cost to the respondents,” the judge ruled and ordered Thuranira to pay Sh5,063,620 costs to Kiraitu and the PSC.

The activist had sued the governor and Meru Public Service Board on behalf of 291 casual workers. Some of them had worked for more than 10 years and wanted to be engaged on permanent terms to save their jobs. He lost the case.

The court case arose after the county directed that all casual workers should sign contracts although some had worked for a long time.

They protested and sought the activist’s assistance in suing the Kiraitu administration.

“I decided to seek help from people as a way to help settle the amount in time before it accumulates interest at court rate. I am only begging residents and well-wishers to help me out,”  Thuranira said.

He said the penalty was an attempt to cow him. He, however, promised to soldier on.

“Meru County Government is taking advantage of the huge fine to stop me from filing any other case against them. They want to curtail my watchdog role. I will soldier on. This is the start and once I raise the money, I have several other matters on mismanagement, skewed employment and theft of public funds to follow up,” he said.

Thuranira had told the court that he was aggrieved by the decision of the Meru PSB to force workers to sign contracts.

He filed the case on May 8. "Kiraitu filed a preliminary objection and on May 30. My petition was struck out with unspecified costs. Kiraitu and PSB have now instructed their lawyer to draw a bill of Sh5,063,620. This is aimed at censuring my activism against ills committed against innocent residents. I ask residents to join me in fighting this battle. You can reach me on 0703338545."