Kibra voting kicks off with few hitches in polling stations

• Polls opened at 6am and long lines could be seen in polling stations across the constituency's five wards.

•Frustrated residents were heard complaining about the delays making the IEBC officials to call for a meeting to rectify the situation. 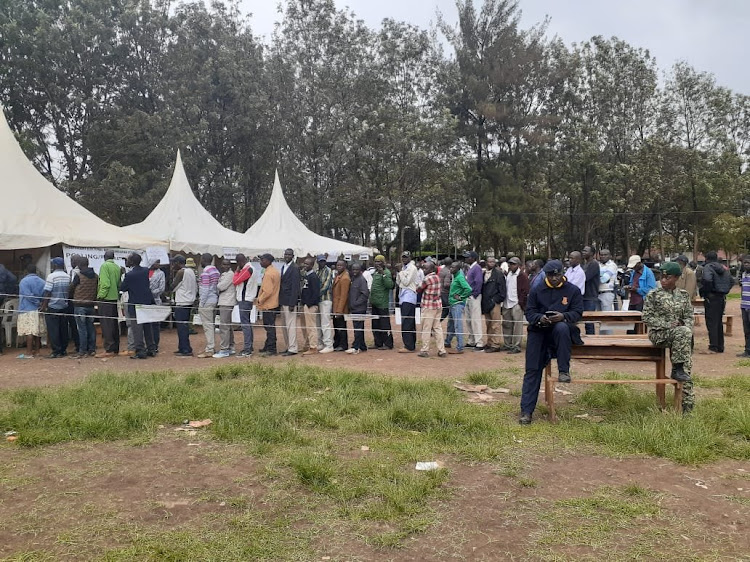 Voting has kicked off in most polling stations with a few hitches reported in Kibra constituency.

Majority of the voters woke up as early as 4am to queue in a bid to choose their desired leader after the death of MP Ken Okoth to Cancer.

Polls opened at 6am and long lines could be seen in polling stations across the constituency's five wards. 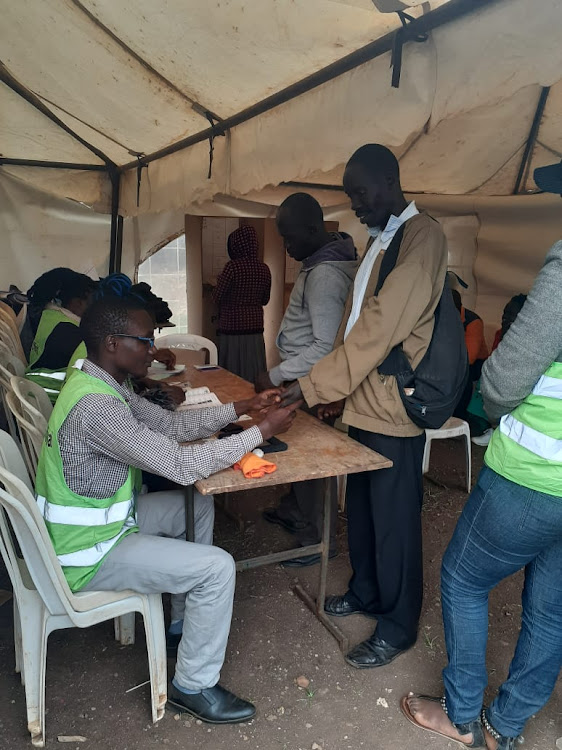 In some polling stations, KIMS machine hanged while others seized to work.

Frustrated residents were heard complaining about the delays making the IEBC officials to call for a meeting to rectify the situation.

"They are four but then the fifth one is also hanging but our officials are bringing another one," IEBC official at the Jamhuri Primary polling station said.

But the residents kept on asking why they had machines that are not working.

After about 30 minutes the KIMS machine in the polling station -stream eight was replaced.

Skirmishes was experienced at Kibra Mashimoni after an incident of voter bribery.

Residents asked why some people were being given money.

"Kama mnajua mko na kura mbona mnagawa pesa. They are giving people Sh200 each. We don't want your money," One was heard shouting. 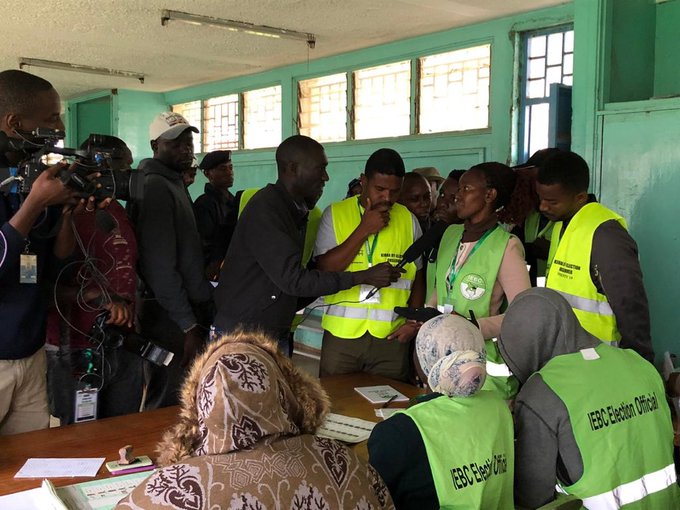 Voters troop to the polls in a contest considered a dress rehearsal for the 2022 General Election and a test of muscle for both DP William Ruto and ODM party leader Raila Odinga.

The winner succeeds Okoth who died in July, triggering the hotly contested by-election.

On Wednesday ballot papers were being distributed to the 183 polling stations from the constituency tallying centre at the Nairobi City County Inspectorate Training College.

The poll is being overseen by 188 presiding officers and 625 clerks. There are 118,658 voters listed on the IEBC roll.

EXPLAINER: Kibra constituency at a glance

Kibra is a Nubian word meaning forest or jungle.
News
1 year ago

Why Ruto, Raila are desperate for Kibra win