• Kinoti says the court has no jurisdiction and Sarah and her lawyer have been all over the media giving their version of events — it is they who are in contempt, he says. 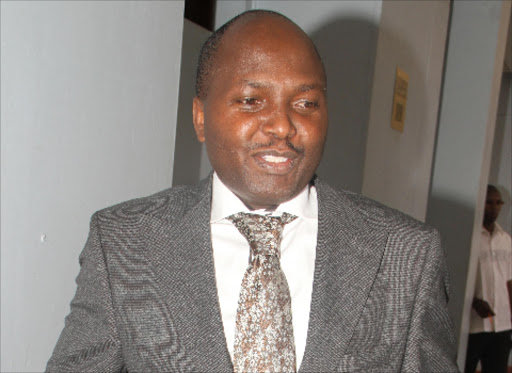 DCI boss George Kinoti's preliminary objection in Sarah Cohen’s contempt case will be heard by the court before other applications.

Sarah is accused of the murder of her husband Tob Cohen; she has pleaded not guilty.

She has filed a contempt of court application against Kinoti for discussing the case in violation of a September 16 order.

In the preliminary objection, Kinoti argues that the court has no jurisdiction to hear the application by Sarah Wairimu (Sarah Cohen) because the application is premised on the Civil Procedure Act that does not apply in the High Court.

On Tuesday Justice Stella Mutuku ruled that the issue of jurisdiction must be heard first.

Last week, lawyer Donald Kipkorir had objected and asked the court to hear their preliminary objection on the issue of jurisdiction.

“I agree that jurisdiction is everything and it is my view that the issue raised in the PO (preliminary objection) must be addressed first," Mutuku ruled.

She allowed the application by Kipkorir and ordered the preliminary objection to be heard first to establish the way forward.

He further claims that consent of the DPP to institute criminal contempt proceedings was neither sought nor granted.

Kinoti says Wairimu is introducing matrimonial property issues outside the jurisdiction of the court.

Through Kipkorir, without prejudice, the DCI is legally entitled to issue public statements concerning investigations and subsequent charges of any crime.

“It’s the duty of law enforcers worldwide to provide full information where a crime has been committed,” the application says.

Kinoti claims that Wairimu and [her lawyer Philip] Murgor are engaging in calculated move to control the investigations and the trial process and to step into the shoes of the DPP and DCI whilst at the same time defending the case.

Kinoti's application reads, “The court should take judicial notice that [Sarah] Wairimu [Sarah Cohen]  and [her lawyer Philip] Murgor have since before and after the arrest been on every media and forum in Kenya, including YouTube, giving an alternative narrative of the material circumstances on this case and if anyone is in contempt is the two."

The case will be mentioned on November 12 when the court will hear the application. Peter Karanja, Sarah's co-accused,  is expected to appear in court for the application on consolidation.