I don't have any clothes, Sarah Wairimu says in bid to access Kitisuru home

I don't have any clothes, Sarah Wairimu says in bid to access marital home

• Wairimu's lawyer wants a visit to the scene in her presence to take an inventory. 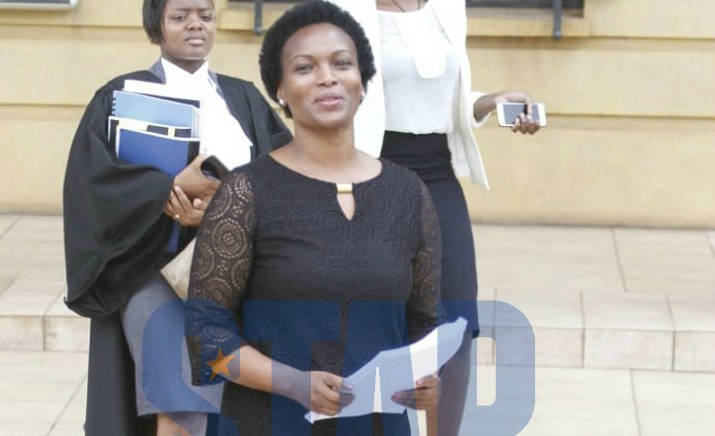 Sarah Wairimu outside the Milimani law courts on Tuesday, October 15, 2019 after filing an application that seeks to have DCI George Kinoti detained.
Image: ENOS TECHE

Dutch businessman Tob Cohen's widow, Sarah Wairimu, has asked the court to order the release of her car and personal belongings from her Sh400m marital home in Kitisuru.

She said she doesn't have any clothes and has been relying on relatives and friends.

Wairimu on Tuesday said it's expensive to move around without her car.

Her lawyer, Philip Murgor, said the court should order the release of her belongings.

He also wants a visit to the scene in her presence to take an inventory.

In response, state counsel Catherine Mwaniki said the house is a crime scene and Wairimu cannot be allowed in the house.

She said the vehicle is an exhibit because it was used by the deceased.

The prosecutor said she wants a list of all the items Wairimu wants from the house so that they can determine what are exhibits.

Justice Stella Mutuku has directed Murgor to file a formal application listing the items she needs.

The case will be mentioned next Tuesday, when the court will make a ruling on other issues raised by the parties on contempt.

The DCI, through lawyer Donald Kipkorir, has objected to a new supplementary affidavit filed by Murgor.

Sarah has been granted Sh2 million bail.
News
2 years ago

Wairimu to appear in court on Friday morning for her bail hearing.
News
2 years ago