• It was the first time since Independence for the Kenya Navy to show its fighting prowess during the event.

• In August, MPS proposed military deployment to the contested area as a way of protecting the country's territorial integrity in the dispute with Somalia

While the venue of Mashujaa Day has been rotational since 2016, the choice of Mombasa was well calculated.

President Uhuru Kenyatta on Sunday led Kenyans in the celebrations at the Mama Ngina waterfront, where for the first time the Kenya Navy had a water parade.

Kenya was sending a message about its water might and Uhuru did not mince his words in his written speech.

It was the first time since Independence for the Kenya Navy to show its fighting prowess during the event.

The Navy displayed their equipment while at sea, including ships, missiles and guns.

Kenyans were treated to a spectacular scene for the first time, as some grey and white vessels were introduced before the dignitaries during the sail-past.

What is not lost to observers is that Kenya is embroiled in a maritime dispute with its Horn of Africa neighbour, Somalia.

In August, MPS proposed military deployment to the contested area as a way of protecting the country's territorial integrity.

In a joint motion, Leader of Majority Aden Duale and his Minority counterpart John Mbadi said Kenya Defence Forces should protect the sovereignty and territorial integrity of the republic.

The motion sponsored by both sides of the political divide is the clearest signal that Kenya is not taking the row lightly, including the possibility of a war with Somalia.

Kenya has maintained that it will not cede even an inch of its territory a move that has seen Somalia object an out of court settlement.

Though his speech did not directly refer to the maritime dispute whose hearings have been pushed from November to June next year, Uhuru outlined steps taken to safeguard its water territory.

After a 21-gun salute display by one of the Kenya Navy vessels, Uhuru in his speech said Kenya has taken tremendous steps to stop illegal fishing by foreign trawlers.

"We will not turn back in our pursuit to secure our national interest in the shipping industry," Uhuru said.

Foreign fishermen have in the past been accused of getting into Kenyan waters to fish illegally taking advantage of instability in Somalia.

Uhuru said through the introduction of the National Coast Guard Service, this would be a thing of the past.

Uhuru said Kenya is now a global champion in the development of the blue economy.

“Our strategy to harness our maritime resources is a critical part of the big 4 agenda on food security and job creation in the manufacturing sector,” he said.

He said it is in that pursuit that his administration has moved decisively to recover all fish landing sites that had been illegally acquired. 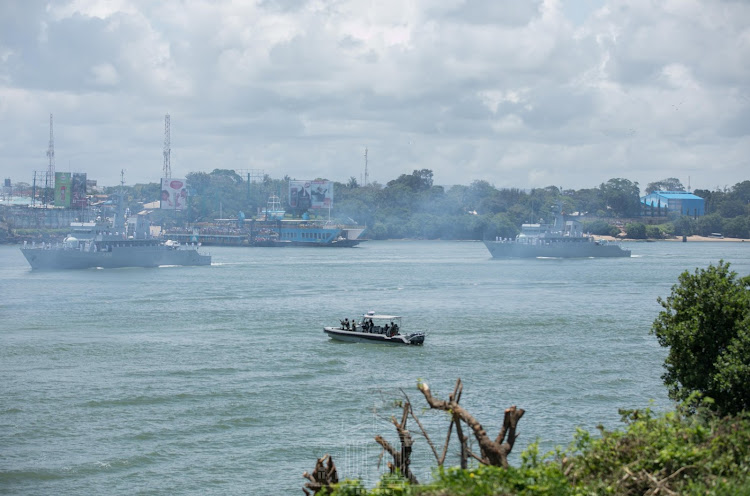 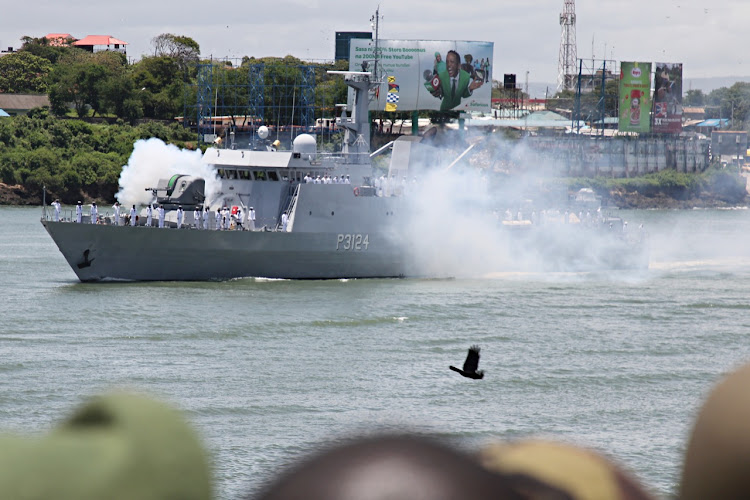 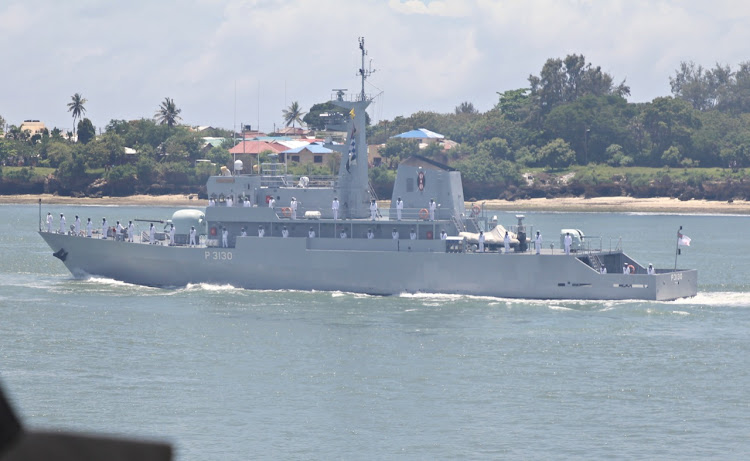 Kenyan has been pursuing diplomacy but Somalia has insisted on the case that it lodged at the International Court of Justice in 2014.

Last week, the ICJ gave Kenya a second postponement with the hearings in the case now scheduled for June 2020 instead of November this year.

In the course of the case, Kenya has accused Somalia of aggression after the Horn of Africa nation opened tenders for oil blocks in the disputed region.

Kenya has previously hinted at not trusting the ICJ, accusing its northern neighbour of ignoring local and continental mechanisms to resolve the dispute.

September 19, 2016, was the first time that Kenya appeared before the ICJ and the position then was and still remains that the Court was not competent to decide the maritime dispute.

Kenya has always maintained its position that it did not consent to the Court’s jurisdiction over disputes where it had agreed to other methods of settlement, including an April 7, 2009, MoU.

The 2009 MoU had set out the agreed procedure for settlements of the dispute between the two countries, but Somalia opted to present the case to the ICJ.

On August 28, 2014, Somalia wrote to the International Court of Justice in an application to institute proceedings against Kenya with regard to “a dispute concerning maritime delimitation in the Indian Ocean”.

In its application, which was accompanied by three sketch-maps, Somalia contended that both States “disagree about the location of the maritime boundary in the area where their maritime entitlements overlap”.

Kenya hoping for deal even as Somalia insists on ICJ route

A 2009 MoU set out agreed procedure for settlements of disputes but Somalia opted for ICJ.
Siasa
9 months ago

It also told the ICJ that “diplomatic negotiations, in which their respective views have been fully exchanged, have failed to resolve this disagreement”.

When Egyptian President Fattah el-Sisi brokered a meeting between Uhuru Kenyatta and Mohamed 'Farmaajo' Abdullahi, Kenya was hopeful that a deal was finally in the offing.

The meeting on the sidelines of the United Nations General Assembly was aimed at getting Kenya and Somalia to negotiate, among other things, the ongoing maritime dispute.

So hopeful was Uhuru that he told the UN that Kenya was encouraged by the attempt to have an amicable negotiated solution to the dispute.

"My administration continues to reach out to Somalia in an effort to find an amicable and sustainable solution to the maritime boundary dispute between us," Uhuru said in his address to the assembly.

This hope was however short-lived after the committee of the two countries made no headway following hours of meetings and Farmaajo reported to the UN the following day that the talks had collapsed.