• Jubilee candidate McDonald Mariga has accused ODM leaders of instigating violence targeting him and his supporters.

• ODM has denied the allegations and claimed that the Jubilee candidate was seeking cheap publicity. 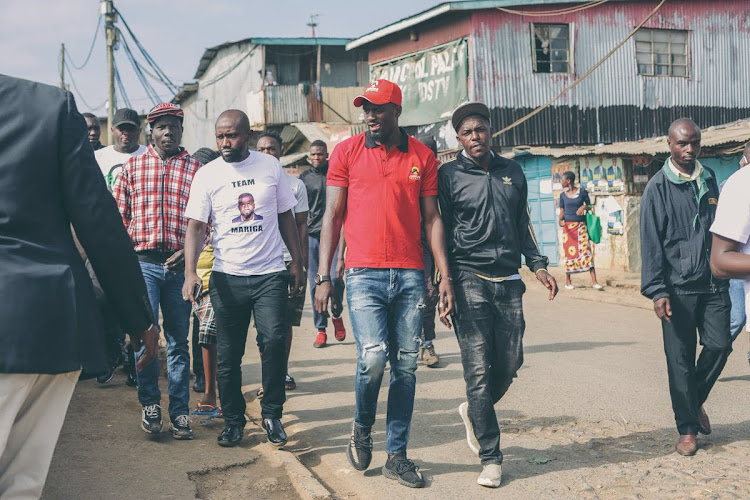 The electoral commission has summoned the ODM party leaders on Friday over violence that has rocked campaigns in Kibra.

The Independent Electoral and Boundaries Commission also gave the party 24-hours to respond to a complaint lodged by Jubilee candidate McDonald Mariga.

He says violence is escalating and intervention is urgent. The ex-footballer says he has video evidence and witnesses who will testify against ODM.

He accuses Opposition chief Raila Odinga's party of breaching the Electoral Code of Conduct by inciting and engaging in violence.

Candidates are required to sign a code of conduct compelling them to maintain peace and observe official campaign hours.

Candidates found guilty of sponsoring any form of violence against opponents can be fined or in some cases disqualified.

Mariga has accused ODM party leaders of fanning violence and planning to cause trouble in campaigns for the November 7 by-election.

“You are hereby required within 24 hours ... to file a response to the said complaint. Should you fail to file a response and enter an appearance within the time mentioned, the complaint will be heard and determined in your absence,” reads the letter by IEBC.

The witnesses ...are ready and willing to give their account to the Commission. In addition, violence seems to be escalating and thus urgent intervention of the commission is needed.

ODM is to appear on Friday at 10am at Anniversary Towers.

The ex-footballer accused ODM leadership of having issued instructions to party supporters who attacked him and his convoy while on the campaign trail.

“I have herein attached a video of one of the occasions where the said instructions were being issued and the photos of the damaged vehicle, billboard together with the injured person,” Mariga said in his complaint.

He said while attending a Sunday, service at Emmanuel PCEA Church in Sarang’ombe ward, he was attacked by his opponent's supporters.

He claimed the attacking youths were supporters of ODM candidate Imran Okoth.

“The witnesses who are either affected by this violence or were present when it occurred are ready and willing to give their account to the Commission. In addition, the violence seems to be escalating and thus the urgent intervention of the commission is needed,” Mariga told the IEBC.

While Jubilee has accused ODM leaders of instigating violence in Kibra, the opposition party leaders have distanced themselves from the violence that has marred the campaign.

The ODM leaders have accused the Jubilee brigade of trying to seek cheap political publicity by dragging their opponents' names through the mud.

Race for Kibra seat should not be a desperate contest that must be won by any means.
News
2 years ago
by JAMES MBAKA Deputy Political Editor
News
16 October 2019 - 21:37