Women want their work at home recognized and appreciated.

• Women want care work recognized and remunerated to help them economically empower themselves. 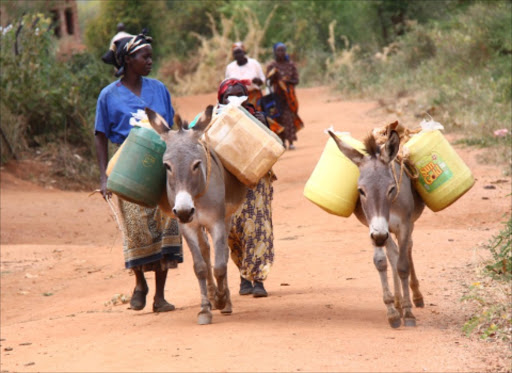 Women in rural areas want their unpaid care work to be recognised during the splitting of property with their partners.

Prevailing gender norms means women and girls spend more time on unpaid care work such as looking after children, the elderly, caring for the sick, preparing food, cleaning and collecting water and fuel.

Hellen, a mother of three, is up by 5am every day. Her first duty is to milk the cows and take the milk to the dairy. She then wakes her three children and readies them for school.

By the time her husband wakes up, she is taking care of their cows.

"When I get back from feeding the cows, I do the dishes for everyone and clean the house. I then rush to the farm because the rainy season is here," she said.

She gets back to the house at lunchtime to ensure her children and husband have food.

"By the time the children are back home at 4pm, I still have to cook supper, milk the cows in the evening and take care of my husband in bed," she said.

"We don't want to get paid, just appreciated. We want our work recognised and our efforts appreciated."

She spoke to the Star during a press conference to commemorate International Rural Women's day at Ufungamano House on Tuesday.

"We want out work to be recognised so that we are not left out during splitting of property because we have helped build it and because it is hard to remunerate the amount of contribution," she said.

A study by Organization for Economic Co-operation and Development shows globally, women will spend two to 10 times more time on unpaid care work than men.

"Women, on average, spend between three and six hours on unpaid care activities while men spend between half an hour and two hours," the study shows.

Unpaid care work is described as work that contributes to the economy or productivity of the nation but it is not quantified or recognized.

According to UN women, as a result of unpaid care work, women have less time to engage in paid labour, or work longer hours combining both unpaid and paid work.

Women's unpaid work subsidizes the cost of care that sustains families, supports economies and often fills in for the lack of social services.

"If we have more access to clean energy then women do not have to spend a lot of time fetching firewood and if our hospitals are properly equipped, it means Kenyans will have the sick people being taken care of in hospitals and we spend less time taking care of the elderly," Githuku said.

Redistribution can be achieved through improving infrastructure to ensure access water, sanitation, roads and healthcare.

The director added that the government had made a commitment to begin collecting data on unpaid care work in Kenya.

According to a UN Statistics Division survey of 126 countries, only 42 per cent regular produce data on unpaid care work and Kenya is not among them.

Post a comment
WATCH: The latest videos from the Star
by NJERI MBUGUA News Reporter
News
15 October 2019 - 21:11
Read The E-Paper