They have not been cleared to pick up cargo, contrary to government claims 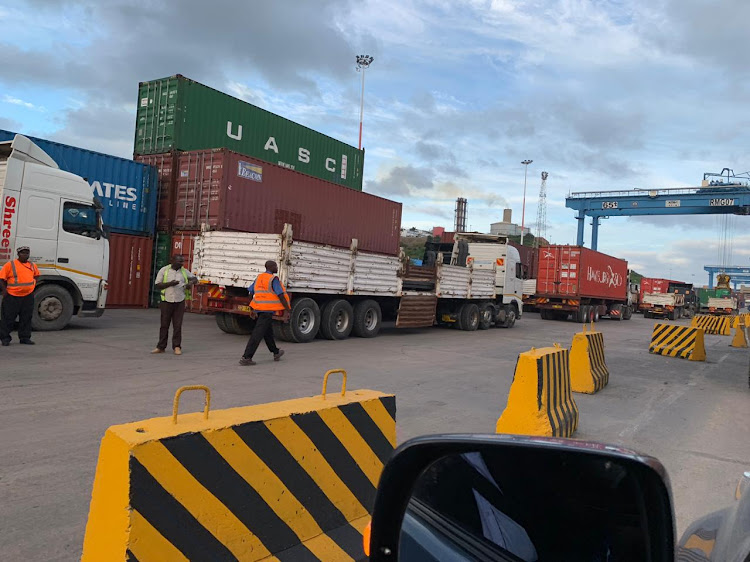 The government directive that all hinterland cargo from Mombasa port be transported via the standard gauge railway is still in place, truck drivers have said.

Transport CS James Macharia said last week the government had lifted the order which has caused loss of jobs in freight business.

Mombasa has witnessed protests in recent weeks against the government directive.

The Kenya International Freight and Warehousing Association said  the port management claims it is still waiting for a formal directive from the ministry on the SGR order.

“As far as we are concerned nothing has happened,” Kifwa national chairman Roy Mwanthi said.

Following last week’s meeting between Macharia, Mombasa politicians and port stakeholders, the CS announced suspension of the directive that has been faulted by critics and blamed for ruining the economy of Mombasa.

On Monday, protesters in the coastal city took to the streets when it became apparent that the suspension had not been effected.

On Wednesday, there were reports that trucks had been allowed to pick up cargo at the port. However stakeholders have equally refuted these claims.

“Don’t be lied to by anyone that anything has been implemented. It has not. We’re on the ground,” Mwanthi said.

Fast Action Movement, the business community lobby that has been involved in the Mombasa demos against SGR monopoly of cargo transportation, has also dismissed suggestions that trucks have been cleared to pick up cargo at the port.

Chairperson Salim Karama said such reports are misleading and that the only cargo being picked up by trucks is clinker, which is conventional cargo and not containerized cargo.

“The SGR cannot transport clinker and that is why this type of cargo has always been ferried by trucks. Therefore, it is not true that now trucks have been allowed to pick up cargo. The issue with the SGR directive has been about containerized cargo,” Karama said.

Reached for a comment, the port’s general manager William Ruto said KPA has been implementing the CS’s directive since it was issued.

“We are implementing the directive to the letter. We have been allowing truckers to come and load cargo as nominated by the consignees,” Ruto said.