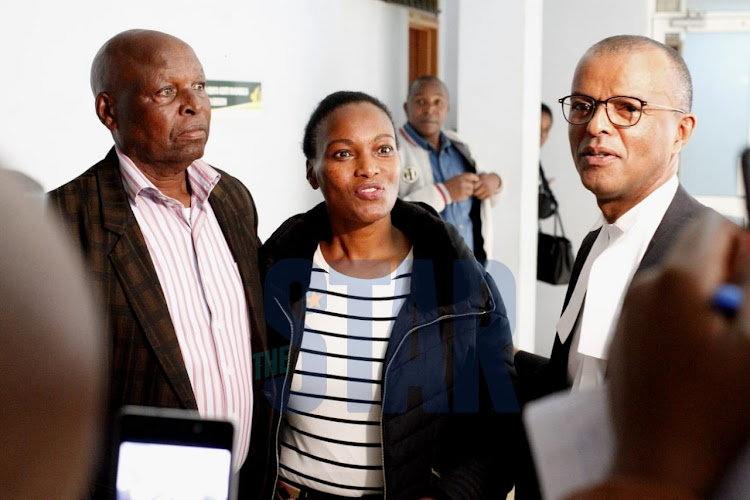 However, before she pays bond or bail, she has to provide testimonials from her parents and those who will host her before she is released.

Wairimu was also ordered not go near the business Tob Ltd.

She was also told to provide testimonials telling the court how she will support herself.

The prosecution said it is dissatisfied with the ruling and will appeal.

Mutuku said bail is a constitutional right, unless there are compelling reasons to detain a suspect.

"I have considered the compelling reasons," Mutuku said.

The court was told that the DCI is holding the accused person's passport and no evidence has been adduced to show she has another one.

"I find that the prosecution has not proved that she will flee from jurisdiction," Mutuku said.

In the issue of fixed abode, Mutuku said it is clear the home is being guarded by police but the accused, being without a home is not her making.

Mutuku said Wairimu has provided an alternative place of residence where she will stay.

On interference of witnesses, Mutuku said the defence does not have a list of witnesses so they can't interfere.

She claims she also wanted divorce as it was unbearable to living with Cohen.
News
2 years ago

Kirundi advocates had invited Wairimu as well as Gabrielle Cohen to opening.
News
2 years ago
by ANNETTE WAMBULWA
News
11 October 2019 - 11:06