• Officials accuse MCAs of never being willing to end budget impasse 'but only taking interest in what they think is theirs' — unmonitored funds. 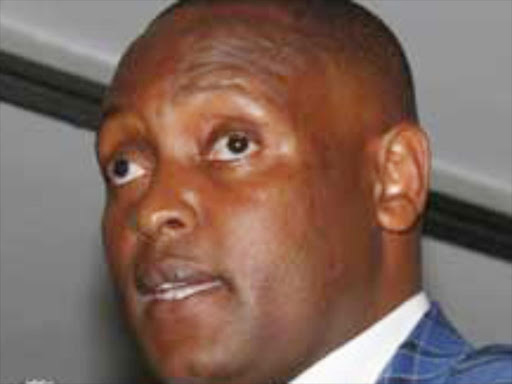 Taita Taveta Governor Granton Samboja has slammed MCAs for passing a motion to impeach him, saying that he is ready to walk the path of impeachment.

Now the Senate will decide whether he leaves office or stays on.

Samboja said the MCAs had finally played their impeachment card in the three-month budget impasse.

MCAs wanted Sh830 in virtually unregulated funds for their wards; Samboja said no; they refused to pass the budget.

Samboja collected signatures in a petition to dissolve the county government. He had not submitted it to President Uhuru Kenyatta, as required by law.

Neither side has budged and mediation failed.

“The road to impeaching a governor is long and winding, it is the one that Samboja is willing to take to the end," county Communications director Denis Onsarigo told the Star on Thursday.

He said it was clear from the beginning that MCAs were not interested in solving the standoff. "They are only interested in getting a share of what they think is rightfully theirs in the budget."

"We had warned that the dialogue will not go far because they had shown all signs that they were gearing up to impeach executive members."

The motion cited seven grounds for the governor’s removal including gross misconduct, misleading the county assembly, misappropriation of funds contrary to Public Finance Act 2012, stalled projects and misrepresentation of facts to the public with an aim of inciting the public against the assembly.

Other grounds included failure to submit to the assembly an annual report on the implementation status of county policies and plans as required by the County Government Act 2012. They also cited failure to adhere to the assembly resolution on ratification of Davis Mwangoma as the acting Finance CEC.

But Onsarigo said the issues raised in the motion could not amount to the removal of a governor. The impeachment, he said, was meant to destabilise Samboja’s administration citing political influence from a section of leaders.

“Thirty people who are representing the people sat in a room and decided to remove a duly elected governor from office on the basis of rumours. These are theatrics that the county boss will not bow to,” he said.

“While other counties are busy fighting for mega projects, the governor is busy clinging on to dissolution,” he said.

Political analyst Dishon Mngoda said the vote to impeach might derail county projects until the next general election.

He said the "shrewd" move by MCAs would have been avoided "had Samboja tamed them before initiating a petition to dissolve the county government".

“Samboja has been outsmarted by the assembly and he might never recover from it. It is sad that residents will continue suffering at the expense of heartless politicians,” Mngoda said.

Governor Samboja initiated a petition to dissolve the county there months ago, collecting 52,100 signatures countywide.