Twelve girls forced out of school for early marriage

• High number of students dropping out of school due to pregnancies

• Administrator says half of the parents were given dowry and gave consent for their daughters to be taken away. 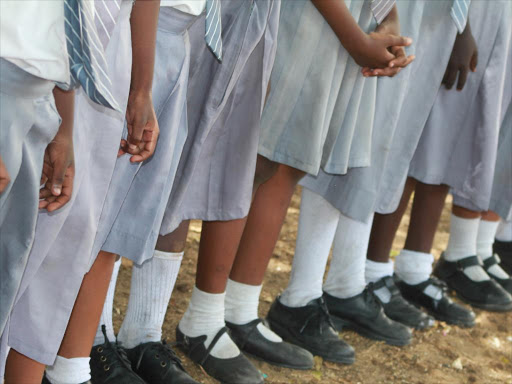 At least 12 girls from Matuga, Kwale county, have reportedly been forced out of school into early marriage.

Area ward commander Ludwin Sassati said the majority of the girls are between the ages of 13 and 15.

He said half of the parents were given dowry and gave consent for their daughters to be taken away.

“It is such a shame that some of those teenage girls’ parents allowed their children to move into early marriage and, to make it worse, they took money,” he said.

"We have apprehended two parents and one boy who allegedly married a schoolgirl,” he said.

The ward commander said the villagers informed the office that the school was recording a high number of students dropping out of school due to pregnancies.

He said residents were tired of seeing young lives lost through teenage pregnancies and early marriage.

"The people came here and complained about how such vices have grown root in the area destroying children's future,” he said.

Sassati said investigations are ongoing to apprehend other lawbreakers.

He said the police are still waiting for medical reports to ascertain the girls' ages.

"We are going to do what it takes to see that justice has been done. In the process, we have to make sure that both sides get equal rights without being unfair to either party," he said.

Sassati warned parents against exposing their daughters to outdated cultural practices that can cut their education short.

He termed early marriage as retrogressive to the country's future.

"This idea of marrying off our kids is a totally backward step towards building a firm and a successful economy,” he said.