Tob Cohen to be buried today, widow seeks to attend

• Cohen was to be buried yesterday but due to lack of quorum for priests required to conduct the ceremony, it was postponed. 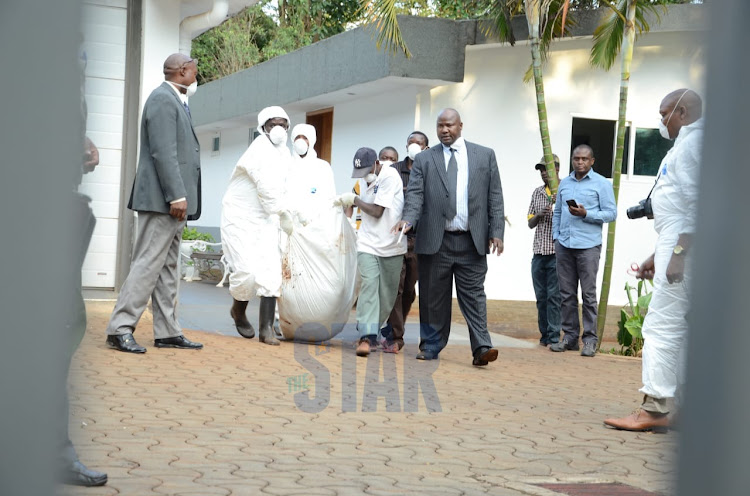 The legal team of slain city tycoon Tob Cohen's widow Sarah Wambui is fighting for her to attend his burial at the Jewish Cemetery today.

The burial failed to take place yesterday as planned. Wambui’s lead lawyer Philip Murgor said there was lack of quorum of priests because only eight of them instead of 10 showed up at the graveyard which has already been prepared.

“Tob Cohen's burial has been postponed to tomorrow [today] 2:30pm. Only eight priests out of the required 10 priests and a Rabbi, according to Jewish customs, were present” Murgor said.

“We will seek a variation of the orders so that the she is escorted there. This is because the order was only for Monday”.

Justice Stella Mutuku issued the orders after all the parties in the case agreed by consent for Sarah to be part of the ceremony.

Assistant DPP Nicholas Mutuku told the court that they had no objection to Sarah attending the last rites of her husband.

Cohen’s family lawyer Cliff Ombeta did not also object to the application by Sarah to be allowed to bury her husband. They said the family has no issue with her being present.

Mutuku issued an order directing the officer in charge of Lang'ata Women's Prison to ensure that Sarah is escorted to the Jewish Cemetery on Wangari Maathai Road.

“The Director of Public Prosecutions and the Director of Criminal Investigations shall facilitate the production of Sarah and her attendance at the burial site and back,” the order reads in part.

Lawyers from both sides of the family agreed that Cohen be buried on Monday at a Jewish cemetery in Nairobi at 2pm.

The Dutch billionaire's decomposing body was found last Friday afternoon — eight weeks after his disappearance —in an empty underground water tank at his posh Kitisuru residence. His body was wrapped in many layers of black plastic.