Those injured were rushed to Kenyatta National Hospital.

• The school is reported to have a population of about 800 pupils. 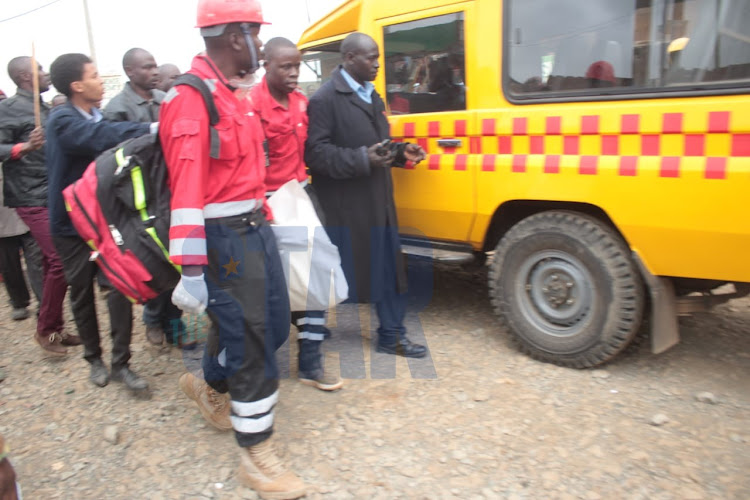 Government Spokesman Cyrus Oguna has said the State will cater for the treatment of pupils from Precious Talent School who were injured after the collapse of a classroom wall.

Those injured were rushed to the Kenyatta National Hospital.

"This is a private school. For those who have been taken to hospital, the government is going to ensure that they get medical treatment," Oguna said.

He said the Education CS George Magoha will issue a comprehensive statement on the incident later.

The school is reported to have a population of about 800 pupils.

According to the locals, the entire Ngando Ward does not have a primary public school, apart from Lenana High School which is said to be sitting on more than 200 hectares of land.

Area MP John Kiarie who arrived at the scene said the Ministry of Education has to allocate land for public school, which he said will decongest private schools in the area.

The locals blamed the rescue team for taking long to arrive a the scene of the accident.

Several pupils have been trapped in the classroom after it collapsed on Monday morning.
News
3 years ago
Post a comment
WATCH: The latest videos from the Star
by KEVIN CHERUIYOT Online Journalist
News
23 September 2019 - 12:10
Read The E-Paper