Country must plant at least 1.8 billion trees between now and 2022, a project that will cost Sh48 billion.

•The current forest cover is 7.2 per cent. At least Sh48 billion is needed to attain 10 per cent.

• KFS said the cost doing nothing will be  Sh168 billion over four years. 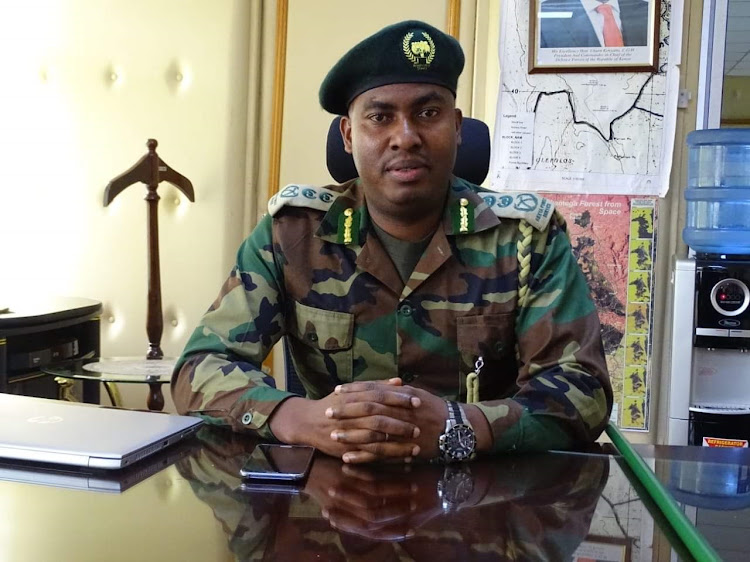 Failure to increase the tree cover to 10 per cent by 2022 will cost the country Sh168 billion over four years.

Kenya Forest Service has said the country must plant at least 1.8 billion trees between now and 2022, a project that will cost Sh48 billion.

This translates to the collection and distribution of 90 tonnes of assorted tree seeds.

The project comes at a time when KFS is struggling to raise the resources needed for its operations.

Its resources have been dwindling as it no longer gets revenue from plantations, following the ban on logging and extraction of timber in all public and community forests.

The government is losing between Sh20 billion and Sh30 billion as KFS cannot sell trees they planted for commercial purposes.

A 90-day ban was initially imposed on February 24 last year and later extended to November 24.

On November 24, the government extended the ban on logging again for a year to facilitate reforms in forestry.

Several trees are ready for harvesting in the Rift Valley area in Baringo, Marakwet, Keiyo and Kericho counties and around Mt Kenya region.

When the trees mature, KFS audit and plantations team mark them for sale to saw millers.

Registered saw millers — who are about 800 — pay for the trees by depositing money to the National Treasury account and are issued with receipts.

With the receipts, saw millers head to the various forest station officers and harvest the matured trees under supervision.

This cannot, however, happen at the moment as the moratorium is active.

The government has committed to restoring 5.1 million hectares of degraded landscapes as a contribution to the Africa Forest Landscape Initiative, 50 per cent reduction of greenhouse gases.

The private sector and farmers will establish 300,000 hectares of plantations.

Forest contributes massive benefits to the economy. For instance, Mau Forest Complex, Cherangany Hills, and Mt Elgon ecosystems are estimated to contribute a total economic value of Sh339 billion per year, about 5 per cent of Kenya’s GDP.

On September 9, KFS board Chairman Peter Kinyua said they have documented all the trees ready for harvesting.

"There are some mature plantations, which we have given to the government as the moratorium was set by the Cabinet, "Kinyua said.

Kinyua said the support from corporates is key in achieving the 10 per cent tree cover.

"The Constitution talks of 2030, but we have brought it to the year 2022. This is an ambitious target that we have given ourselves. But with the support of corporates, we believe we will be able to achieve this," Kinyua said.

Kinyua said KFS is trying to stock all its nurseries in a joint partnership with parastatals and corporates. He said no money was being given to KFS.

The chairman said most of the trees to be planted are indigenous species.

Kinyua said KFS have a shortage of seedlings but the support they are getting from other stakeholders was massive.

"In one year, we want to have at least five or 10 million seedlings," he said.

KFS chief conservator for forests Julius Kamau said the service has a national strategy on how to increase the cover.

Kamau appealed to the private sector to contribute towards enhancing tree cover.

With dwindling revenue streams, KFS has now been compelled to look for partners who can help raise seedlings.

Among those roped in include the private sector, parastatals and corporates sector. The latest entrant is the National Oil Corporation.

The oil firm has promised to raise a million seedlings every year for three years.

National Oil Corporation CEO Mary Mwangi said the seedlings will be raised in the Mt Kenya region before moving to other parts such as Kajiado.

"We are keen to make sure that the survival rates of the seedlings are 95 per cent," she said.

Mwangi said the use of charcoal, kerosene and firewood will also be discouraged.

She said her firm will also distribute LPG gas to forest communities to discourage the use of firewood.

Already, the oil firm has trained 5,000 people in Mt Kenya region on how to use the gas.

Other initiatives by KFS includes the establishment of model tree nurseries for seedlings for production of 20,000 seedlings each year.

Also, the Interior ministry is set to establish 8,500 chiefs’ tree nurseries with an annual capacity of 20,000 seedlings each.

KFS and the Agriculture Development Corporation will establish and maintain 70,000 acres of forests within the ADC farms, which is equivalent to 10 per cent of its total land area.

Post a comment
WATCH: The latest videos from the Star
by GILBERT KOECH News Reporter
News
21 September 2019 - 00:00
Read The E-Paper