Cohen also willed a huge sum of money said to be in hundreds of millions to his elder brother Bernard Cohen.

• Cohen's widow, Sarah Wairimu, had through her lawyer Philip Murgor, protested against the authenticity of the will and did not participate in the opening.

• Kirundi proceeded to reveal the sealed will after waiting in vain for Murgor to show up. The opening of the Will was a private affair. 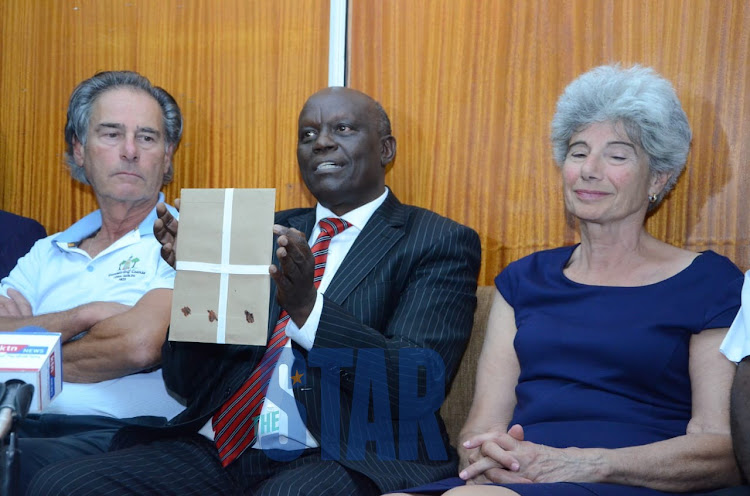 Murdered city tycoon Tob Cohen did not leave any of his property and money to his widow Sarah.

Cohen gave their Sh400 million matrimonial home, that has been the centre of a dispute, to his sister Gabrielle Van Straten and her children.

One source close to Cohen’s family told the Star the deceased had Sh150 million in two separate bank accounts.

One account had Sh100 million while the other had Sh50 million.

However, the amount is to be shared only between Gabrielle and Benard with the former's children also benefitting from their uncles magnanimity.

The already contested will was opened yesterday at the office of lawyer Chege Kirundi, who was the custodian.

Flanked by Gabriel and Benard, the lawyer assured the press that the will had not been tampered with as had been earlier alleged in a section of the media.

Kirundi displayed the will that was enclosed in a brown envelope wrapped with white tape and a brown seal.

"The last will of Tob Cohen," were the words printed on the cover.

The lawyer also said that the will was recorded at his office at Bruce House Nairobi in his presence.

Kirundi said even though he had invited Sarah’s lawyer Philip Murgor to be present when the will was opened, he had not arrived by 1pm, more than one and a half hours after the agreed time.

“I will go ahead and read the will because Murgor has taken long to appear and he had not sent a representative," he said.

Also present was a representative of lawyer Danstan Omari.

Lawyer Cliff Ombeta for Cohen’s family also confirmed that he had been with Murgor that morning in court and had also extended an invite to him but he declined.

However, speaking to the Star, Murgor said they cannot contest something they have not yet seen.

Murgor said they are not concerned about the opening of the will but if it adversely affects Sarah's rights to her matrimonial home and her interest in the company, then she will contest.

“If the will affects her rights in any way she will contest it in the High Court, all the way to the Supreme Court if necessary," warned Murgor.

The opening of the will when Sarah is in remand is not an accident, he said.

Ombeta also dismissed claims that Gabrie knew the contents of the will before it was opened.

Kirundi was also put to task to say when the late tycoon wrote the will but he declined to disclose only later stating that it might have been this year.

All the parties retreated to Kirundi’s chambers and emerged an hour later saying they had all agreed with the contents of the will but were not in a position to divulge the details.

Both Gabrie and Benard refused to address the media and asked Kirundi to speak on their behalf.

Kirundi said they had been gagged by the court not to divulge details of the case saying the will is part of a legal process.

“The will that I have read to them deals with assets of the deceased both movable and immovable," Kirundi said.

Also present at the opening of the will was Former MP Peter Muiruri who was there as one of the friends to the Cohen family.

Kirundi also clarified why the will was opened yesterday saying that after the postmortem a lawyer is free to open the will and in this situation it was necessary to open it. 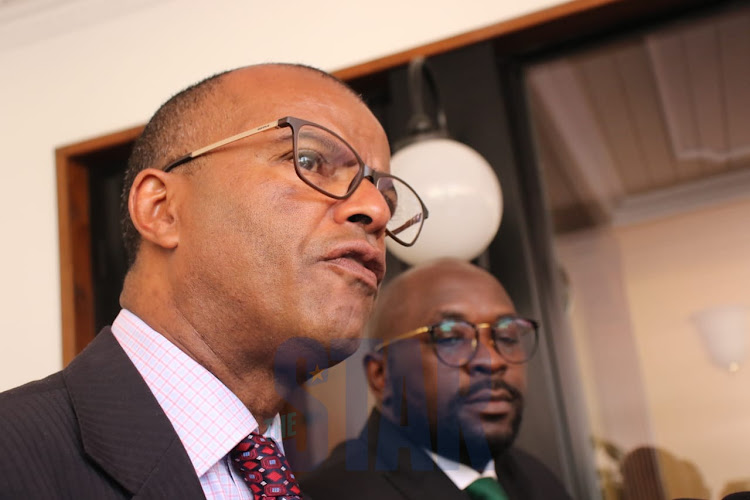 Murgor wrote a letter to Kirundi on Thursday after receiving the invite saying the will had already been compromised.

He questioned why lawyer Omari had been invited to the opening of the last will of the deceased.

He also alleged that the will had already been compromised because the Star had published a story early this week relating to the said will.

Murgor further said he had been instructed by his client not to attend the opening of the will but requested to be given details of the Kitsuru home.

“In the meantime, we are instructed to request you to let us have details of any purported or ongoing transactions being handled by yourself in relation to Sarah’s matrimonial home, at Farasi Lane Mugumoini close including the confirmation of your instructions to include her as co-owner of the said property” reads the letter.

On Monday when Sarah appeared in court, she asked the court to release her on bail so that she could go home and fight for what was rightfully hers.

She is expected to appear in court on Thursday next week to answer to charges of murder after undergoing a mental assessment.

Cohen will be buried at a Jewish cemetery on Wangari Maathai road.
News
2 years ago