The killers of slain Dutchman smashed his skull, dislocated his left leg.

• Cohen will be buried on Monday in a private ceremony. 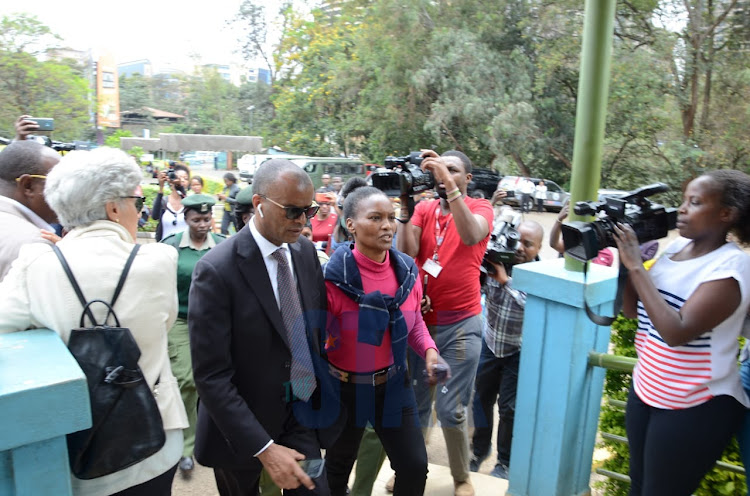 Widow of Dutch Tycoon Tob Cohen has filed for an application seeking court to issue a production order and also be escorted to the Jewish Cemetery.

Sarah Wairimu seeks to compel the court to allow her attend the funeral of the late Cohen.

Sarah is accused of murdering her husband and is due for psychiatric assessment before she pleads to the charge on September 26.

Cohen will be buried on Monday in a private ceremony.

Lawyers from both sides of the family agreed that Cohen will be buried at a Jewish cemetery in Nairobi at 2pm.

Jewish tradition prescribes that a person should be buried as quickly as possible, usually after 36 hours, but this would be impractical given the circumstances.

The killers of slain Dutchman smashed his skull, dislocated his left leg and broke his hands as he desperately fought them off.

Cohen will be buried at a Jewish cemetery on Wangari Maathai road.
News
3 years ago

Dutch tycoon Tob Cohen's Will to be read tomorrow

Cohen will be buried on Monday in a private ceremony at a Jewish cemetery in Nairobi.
News
3 years ago

Tob Cohen's will the new battlefront

Murgor objects to will reading on Friday but Gabrielle's lawyer says it will continue.
News
3 years ago

Judge gives two weeks for Wairimu to undergo a mental assessment before taking plea.
News
3 years ago
Post a comment
WATCH: The latest videos from the Star
by FAITH NYASUGUTA
News
20 September 2019 - 11:33
Read The E-Paper