Cohen's widow to remain in custody as she awaits mental exam

• Lawyer Murgor says his client she was shocked to see in the media that the property was willed to her sister-in-law Gabrielle Van Straten.

• She did not take a plea as the prosecution asked for more time to be able to conduct a mental exam on her. 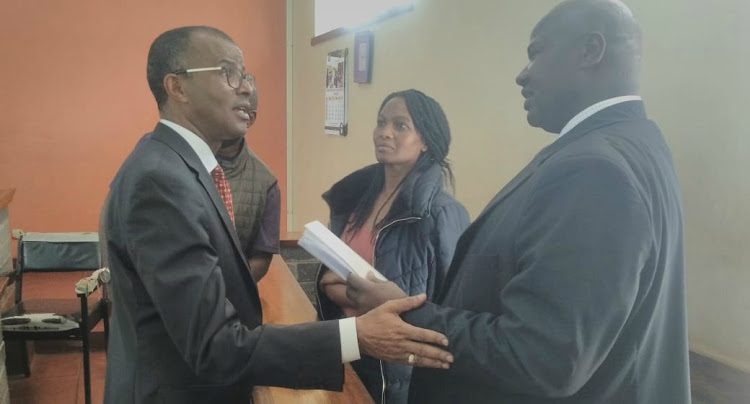 Sarah Wairimu, the widow of the late tycoon Tob Cohen, says she co-owned property with her late husband.

She has denied claims in the media that Cohen willed their 400 million house to his sister.

Through lawyer Philip Murgor, Wairimu said she was shocked to see in the media that the said property was willed to her sister-in-law Gabrielle Van Straten.

Wairimu faces murder charges and was in court yesterday before Justice Jessie Lessit for the mention of her case. She did not, however, take a plea as the prosecution asked for more time to be able to conduct a mental exam on her.

Murgor asked the court to release her on bail so she could go back home to fight for her property rights that “were being abused by people”. He showed the court a copy of the Star, which reported that Cohen had willed his Sh400 million estate to his sister. The lawyer dismissed the article, saying Wairimu has a 50 per cent stake in all the property and should be freed to fight for her rights.

The court heard that the caretakers at the multimillion house have run away after being scared off by former MP Patrick Muiruri. Murgor claimed they are being prosecuted in the media by the DCI through stories that are against his client.

He argued that Wairimu has been in custody since August 28 and even though the court last week ordered for her to be taken for a mental exam, she had yet to be subjected to one.

According to Murgor, the delay is a ploy by the prosecution to get more days to detain Wairimu. He said they had identified a pathologist who will represent them during the postmortem.

The postmortem was supposed to take place yesterday but was adjourned to today after Murgor said their pathologist would only be available today.

Murgor said he had talked with one of the investigations officers who told him the postmortem was to establish the cause of death. Prosecutor Nicholas Mutuku said they will give the defence all the evidence so they can prepare for the trial. He said they will hold nothing back. He admitted, however, that the matter had taken long but added that some of the delays could be blamed on the defence.

Mutuku told the court that the defence kept taking the police in circles on the whereabouts of Cohen who was missing at the time. He clarified to the court why the mental examination was not done as expected, saying there has to be booking with a doctor. The mental exam takes about 10 days.

Mutuku said they will be opposing bail, adding that they have compelling reasons for the court not to release Wairimu. Lawyer Cliff Ombeta, representing Cohen family who are victims in the case, said they also have an independent pathologist to represent them. Ombeta said they will be opposed to the release of suspects on bail. But Murgor cautioned that as a victim’s lawyer, Ombeta was not authorised to speak on bail.

Mutuku and Ombeta said they would indulge the defence and push the postmortem forward tomorrow to accommodate their doctor.

In her ruling, Judge Lessit directed the defence and the prosecution to liaise and decide on a convenient day to carry out the mental assessment.

Lessit also barred the victims, the defence and the police from addressing the media on anything related to the case, which is now set for mention on September 26 when Wairimu is expected to take a plea.