Kenya says still pushing for an out of court settlement over the matter.

• ICJ to start public hearings between November 4 and 8.

• Kenya says still pushing for an out of court settlement over the matter. 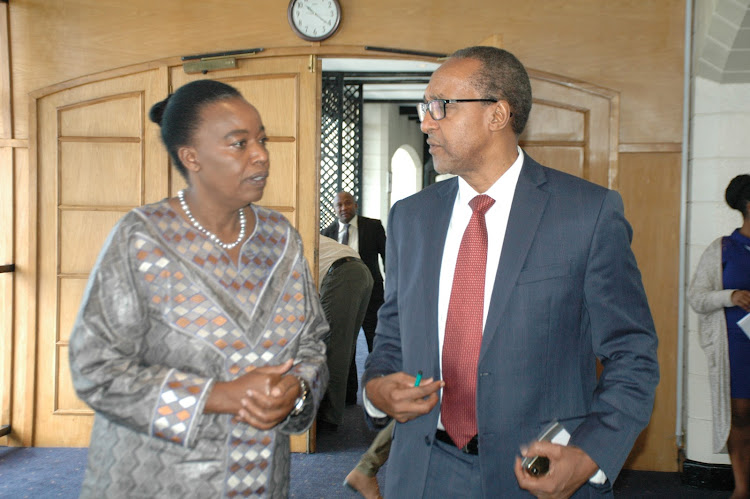 The Hague Based International Justice Court –ICJ is scheduled to start public hearings over the maritime dispute between Kenya and Somalia in early November.

On Tuesday, the court outlined conditions to journalists, diplomats and members of the public wishing to attend the hearings.

Journalists who had received accreditation for the hearings which were initially set for the first week of September have been told they will have to reapply.

"Owing to the limited number of seats available in the Great Hall of Justice, priority access will be given to representatives of the States Parties to the case, and to members of the diplomatic corps," a statement from the court said.

Diplomats and Journalists have until October 24 to apply for accreditation to access the court for the hearings.

"A number of seats will be allocated to members of the public on a first-come, first-served basis. There will be no advance registration procedure, and admission requests submitted beforehand will not be considered," the statement said.

In the statement, the court said the first round of hearing will take place from November 4 and 6.

“The International Court of Justice (ICJ), the principal judicial organ of the United Nations, will hold public hearings in the case concerning Maritime Delimitation in the Indian Ocean (Somalia v. Kenya), from Monday 4 to Friday 8 November 2019 at the Peace Palace in The Hague, the seat of the Court,” the statement read in part.

According to the court, the hearings, in this case, have been rescheduled further to the request made by the Republic of Kenya on September, 3.

It said the rescheduling took into account the views expressed by the Federal Republic of Somalia on that request (see Press Release No. 2019/36).

The court said the first round of oral argument will be held on November 4 and 6th respectively.

While Somalia government will present its submissions on the Monday of November 4 between 10am and 1pm and 3pm to 4.30pm respectively, Kenya will have its chance on Wednesday of November 6 within the same time frames.

“Second round of oral argument will be held on November 7 and 8. Somalia will present its argument on November 7 between 3 pm and 6pm while Kenya responds on Friday, November 8 between 3pm and 6pm,” the statement said.

The Court has a two-fold role; first, to settle, in accordance with international law, legal disputes submitted to it by States (its judgments have binding force and are without appeal for the parties concerned); and, second, to give advisory opinions on legal questions referred to it by duly authorized United Nations organs and agencies of the system.

The Court is composed of 15 judges elected for a nine-year term by the General Assembly and the Security Council of the United Nations.

Foreign Affairs CS Monica Juma last week said Kenya is still seeking an out of court settlement over the matter and would not relent on the pursuit.

She said though the Hague based court postponed the case which was set to start last Monday, Kenya is in vibrant talks with Somalia counterparts to see if they can reach an agreement.

“So far there is a willingness from both parties and we hope through an MoU that we signed, we shall see the ongoing consultations bear fruits,” she added.

Juma further said through the office of the Attorney General, a new legal team was being reconstituted to pick up the matter.

Somalia files its response over maritime boundary dispute with Kenya

Somalia on Monday submitted its response to the Indian Ocean (Somalia vs Kenya) maritime delimitation case at the Hague as directed by the court on ...
News
4 years ago
Post a comment
WATCH: The latest videos from the Star
by PATRICK VIDIJA Investigative Journalist
News
17 September 2019 - 20:02
Read The E-Paper