We will win! ODM vows as Imran gets ticket for Kibra by-election

• Imran, floored the other nine aspirants in Saturday's ODM primaries with 4,382 votes.

• Imran together with party officials is expected to present his papers to the IEBC later today at 4 pm for clearance ahead of the Kibra by-election on November 7. 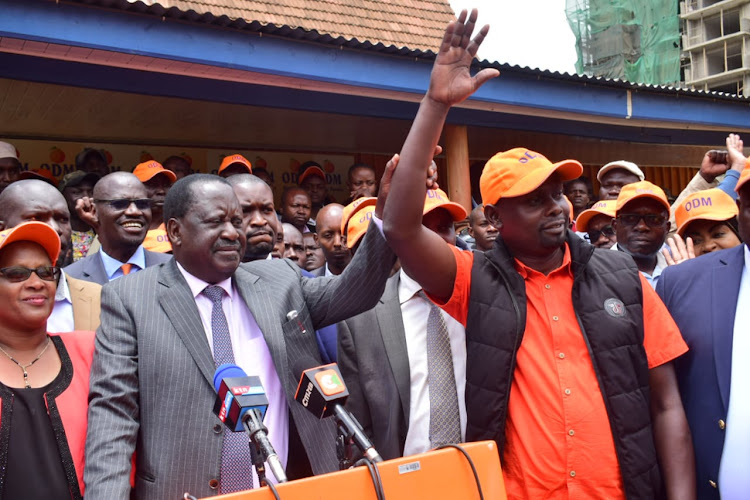 Be ready for an ODM win in Kibra, ODM Director of Elections Junet Mohammed has said.

Mohammed who is also the head of the party's Kibra campaigns said their candidate -Imran Okoth- is ready for the Kibra by-elections that will be held on November 7th.

During the event, ODM party issued Imran with the nomination certificate.

Imran together with party officials is expected to present his papers to the IEBC later today at 4 pm for clearance ahead of the Kibra by-election on November 7. 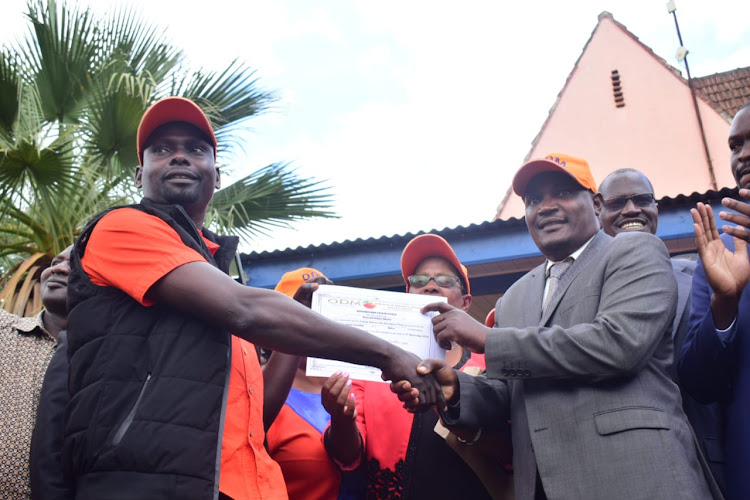 The seat fell vacant after Imran's brother Ken Okoth died of cancer in July at the Nairobi Hospital.

Speaking at the event, party leader Raila Odinga said all the aspirants agreed to support Imran.

Imran, floored the other nine aspirants in last Saturday's ODM primaries with 4,382 votes.

Orero who spoke to the media conceded and pledged to support Imran as ODM flag bearer for the upcoming poll.

“We have come today as party members to support one of us who was elected and nominated… and that is Imran…  we shall give him support... we are here and we will give full support to him and ensure that the elections are won by Imran,” he said.

Imran will face off with Mariga, Owalo and Butichi in the November 7 by-election.
News
2 years ago

With ODM candidate, Kibra race is shaping into a Raila-Ruto battle.
News
2 years ago