With the nomination of the ODM candidate, the KIbra parliamentary race is shaping into a Raila-Ruto battle

• ODM made history by staging the first peaceful nominations in its 14-year-old life. 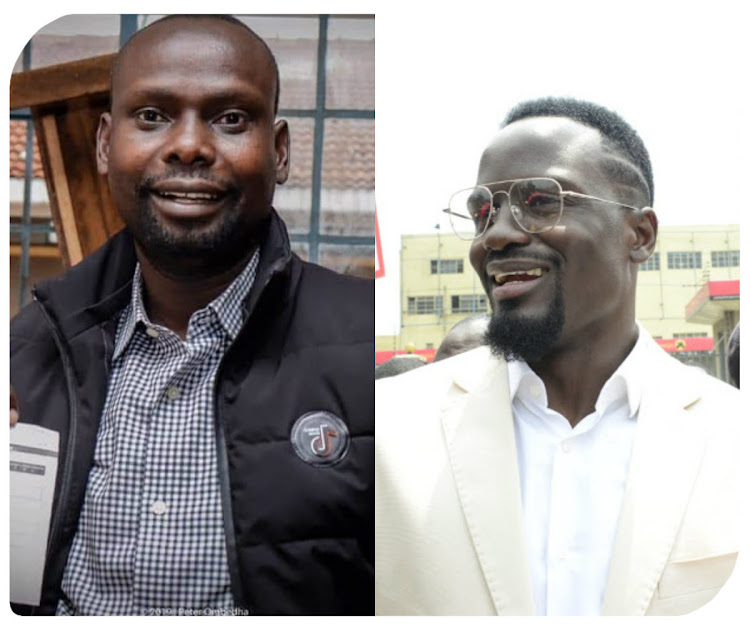 Buoyed by historic peaceful nominations, Raila's party that has chosen Bernard Okoth, popularly known as Imran, to fly the ODM flag, has warned Ruto of a bruising battle in the November 7 by-election.

Okoth is the brother of the late Kibra MP Ken Okoth, who died last month. He was wildly popular and his brother is likely to inherit much of that enthusiasm.

It has emerged that Jubilee could have been hoping to benefit from a messy, disputed ODM primary — as has often been the case —   to strengthen its prospects to teach Raila a lesson right in his Kibra backyard.

However, following the smooth and peaceful ODM nominations, the DP could be forced to change strategy as the Kibra battle comes down to the wire.

Raila today will meet all 10 aspirants who took part in the ODM nominations in what is seen as a strategy to soothe egos and quell any falling out threats.

The opposition leader, who would likely pull out all stops to retain what has been 'his' seat, will rally support for Imran as the party's sole candidate for the high-stakes by-election.

Saturday was the first time ODM had conducted violence-free nominations in its history. Past primaries were often marred by chaos and sometimes death.

Yesterday, ODM Nairobi county chairman and Makadara MP George Aladwa confirmed to the Star that Raila will hold a session with the aspirants to thank them for the peaceful nominations.

Ruto is backing international football star MacDonald Mariga in an attempt to wrest the seat from ODM in a dress rehearsal for a possible 2022 battle with Raila.

Ruto'sclose associate Nixon Korir of Jubilee pulled a surprise in the 2017 elections to upset Raila and ODM on their traditional Lang'ata turf.

The ruling party has been putting on a brave face amid simmering tensions within its ranks. It's still smarting from last week's primaries in which some candidates contest Mariga's nomination.

However, Ruto has pledged to camp in Kibra in the coming days to drum up support for his candidate, raising the stakes in the race.

The Ruto-Raila duel also threatens to undermine the handshake deal between President Uhuru Kenyatta and Raila.

The entries by ANC and Ford Kenya have triggered sibling rivalry and the moribund Nasa coalition and Jubilee are likely to exploit that.

Kimilili MP Didmas Barasa yesterday warned ODM to be ready for the battle of their lives in Kibra.

“Nothing is changing our plans. We are on course for the race to capture the Kibra seat. We are all going to camp in Kibra to ensure we win that seat,” Barasa, a staunch Ruto supporter, said.

He maintained that ODM was losing ground in Kibra and said the surprise victory of Imran confirms that Raila's dominance is dwindling.

ODM secretary for parliamentary affairs and Ugunja MP Opiyo Wandayi said the clean nominations was a confirmation that Imran is the next MP.

“The end product of Saturday's nomination is a strong candidate whom nobody will stop in the election. Imran is the next Kibra MP,” he said.

“What happened in Kibra is the true picture of ODM. The violence and other things that people have been seen in our nominations are work of opponents who infiltrate our processes, and then the same is exaggerated by the media,” he said.

Nairobi Woman Representative Esther Passaris urged all the aspirants to unite and back Imran so that the party can be strong going forward.

“What we want is a united party because it is through that unity that we will retain the seat,” Passaris said.

Politicians say the resounding victory of Imran pointed out to a well- established network by the Okoth family.

It emerged that a nasty heckling moment over the cremation of his brother Ken proved a blessing in disguise fr Imran who comfortably bagged the ODM ticket.

Imran defied all the odds that had seemed to threaten his ODM nomination bid. He staged a successful campaign that turned the tables against the presumed favourites for the ticket.

Despite his lowest moment on August 25 when he was booed at an ODM rally, Imran exploited his entrenched Kibra networks to firmly step forward to succeed his brother.

Working to Imran’s advantage was the fact that he has been the 'eyes and ears' of his brother on the ground for nearly three years while Ken Okoth was unwell, especially when he was treated outside the country.

Imran was Okoth’s personal assistant and was instrumental in bringing to fruition the construction of new schools started by his brother.

They include Mbagathi High School, which was built from scratch using Kibra Constituency Development Funds. In his Twitter handle, Okoth had revealed that it cost only Ksh48.2 million.

"I congratulate Bernard Okoth for the victory. I believe he will "Boresha Kazi Njema" that the Late Ken Okoth started," he said.

Imran had been booed at the Kibra rally, which was also attended by ODM VIPs led by Raila. The booing was to express opposition to cremation of his brother's body, as his brother had requested. He died of cancer on July 26.

His opponents had tried to launch a smear campaign to capitalise on the controversial cremation — it ran counter to traditional burial — to hurt Imran's reputation in the lead up to the nominations. They failed badly.

During the rally convened by Raila to give all the aspirants an opportunity to address the Kibra residents, Imran was shouted down — an ugly incident that portrayed him as a sympathetic underdog.

Imran went to the grassroots to activate Ken's massive networks cutting across the slums and sold his agenda to voters directly.

The ODM November 7 by-election candidate combined both Ken's support and his own networks as CDF chairman to command an impressive mobilisation against his rivals.

The daggers are already drawn in the race billed as a national heavyweights' contest .
News
2 years ago

Yesterday Aladwa said the party was amazed by Imran's own networks.

“Imran had his own networks. He built strong networks during his time as Kibra CDF manager,” the ODM Nairobi chairman said.

Aladwa, who gave the ODM nominations a clean bill of health, said the party had a formidable candidate in Imran to easily shrug off his opponents.

“He is the strongest candidate and that was clear going by the margin. He was born in Kibra, lived there all his life and then nobody interfered with the nominations,” he said.

Like his brother, who fought battles to capture the ODM ticket in 2017, Imran knew he had to fight for his own space to succeed Ken whose massive popularity in Kibra rattled opponents.

Having worked as CDF chairman under Ken, Imran convinced supporters that he was behind his brother's good leadership and therefore played a key role in the impressive infrastructure projects put up in the area.

Ruto was in Kibera just a day after Jubilee Party settled on Mariga as its candidate.
News
2 years ago
by JAMES MBAKA AND JULIUS OTIENO
News
09 September 2019 - 06:00