• The Cabinet Secretary Foreign Affairs has deployed some 22 heads of political directorates in the latest changes.

• This she said would play a key role in spearheading Kenya's Foreign Policy and developing the younger cadre of officers in order to maintain Kenya in its rightful place among the community of Nations. 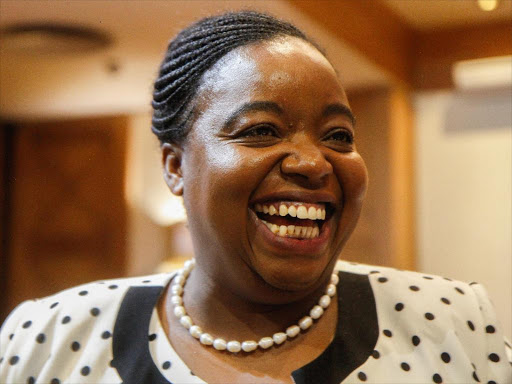 The Cabinet Secretary Foreign Affairs Monica Juma has engineered a massive redeployment in the ministry that put key directorates in the hands of non-diplomats.

In a deployment order seen by the Star, the changes expected to take effect on September 9, will affect a record 14 directorates a situation likely to heighten unease in the ministry.

Juma in the order has broken the tradition and named individuals who are not yet ambassadors as diplomats.

According to the order, some 22 heads of political directorates have been deployed to head various directorates.

This she said would play a key role in spearheading Kenya's Foreign Policy and developing the younger cadre of officers in order to maintain Kenya in its rightful place among the community of Nations.

"Accordingly, the officers are instructed to prepare their handover notes and take over their new portfolios by Monday, September 9," read the order in part.

She said every Director is required to give a notification of assuming their new offices in writing to the HRM director by September 9.

While Ambassador Tom Amolo will head the directorate of Political and Diplomatic Secretary, he will be deputised by Ambassador Michael Kiboino.

Protocol Directorate will be headed by Ambassador Tabu Irina who will be in charge of Chief of protocol, government protocol.

Ambassador Samuel Gitonga will be in the same directorate but in charge of Diplomatic Privileges and host country liaison affairs.

Betty Maina moves from Industrialisation to State Department for Environment and Forestry.
News
3 years ago

Ambassador John Tipis will on the other hand be in charge of the Directorate of the African Union as the Director to be deputised by Dr. Kiyu Murethi.

Ambassador Nyambura Kamau will be in charge of the East African Community as Immaculate Wambua heads the America's Directorate.

Ambassador Arthur Andambi will be heading the directorate of Middle East as Lindsay Kiptiness heads the Asia, Australian and Pacific Islands.

Ambassadors Simon Nabukwezi, Michael Oyugi and Mohamed Mahat will be heading the directorates of Europe and Commonwealth, Diaspora and Consular Affairs and Office of the Great Lakes Region respectively.

As John Kilonzi picks up the directorate of Peace and security, Timothy Mcharo will be in the same directorate but in charge of the Red Sea and Indian Ocean Realm.

Kenya is, however, still struggling to achieve gender parity in both electoral and appointive positions.
News
3 years ago

As Ambassador Ben Ogutu heads to directorate of Conference and events, Stella Munyi will head the Legal and host country affairs as Juliet Gicheru deputises her on legal matters.

This will see Joseph Vungo take over the deputy position on host country affairs as James Waweru deputises in the office of the registrar of treaties.

The deployment has also seen Mwangangi Munyasia moved to directorate of Public Affairs and Communications as Ambassador Galma Boru heads to Directorate of Foreign Service Academy.

Ambassador Richard Lemoshira has been deployed as the Chef de Cabinet as Edwin Afande to be in charge of the Chief Administrative Secretaries office and Robert Kobia as the director of the Principal Secretary's office.

Earlier in the year Principal Secretary Macharia Kamau raised concerns saying lack of clear structures on succession at the Ministry was confusion, disquiet and infighting among senior directors and ambassadors.

Kamau said Career diplomats, some whom have stayed at the headquarters for over 10 years, are feeling disfranchised as President Uhuru Kenyatta gave diplomatic postings to political and civil servants.

He however said the ministry was working on the concerns in the context of successive management process targeting all cadres, from the senior directors and career ambassadors to the junior officers in a progressive manner.