The deep wedge was evident yesterday, going by the remarks by Joshua Kuttuny.

• Allies of the two leaders have been vouching for their respective agendas amid total silence of the two Jubilee principals.

• He accused the DP of “letting his people down despite holding the second-most powerful post in the country". 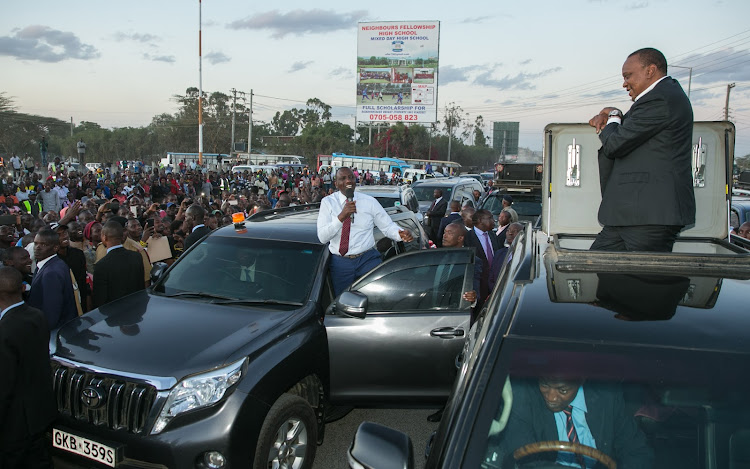 The differences in Jubilee over the looming Mau evictions have escalated into a proxy war between President Uhuru Kenyatta and DP William Ruto.

Their allies have been issuing hard-hitting statements on whose authority the evictions should be executed.

Whereas Uhuru's allies maintain that the President should not be sucked into the eviction debate, the Ruto camp holds that the expulsion is illegal.

Kutuny, who was once Uhuru’s political adviser, took the matter to Ruto’s doorstep, saying the DP’s office should be held responsible having been tasked with handling the Mau issue at the expiry of the Grand Coalition’s term.

He accused the DP of “letting his people down despite holding the second-most powerful post in the country". 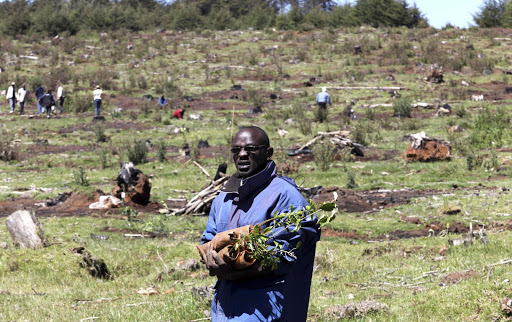 “There was money from UNEP to a tune of Sh18 billion, for resettling the squatters and plant trees. Some groups were settled in Uasin Gishu, Kericho, and Nakuru. Since then, there has been no effort or a sustainable programme to resettle the people,” Kutuny said.

“The programme was there. Who took the money?” the Cherangany lawmaker asked, adding that he supports the restoration of the Mau on grounds the squatters don’t suffer inhumane evictions.

For him, the Mau debacle is being used by politicians with selfish ambitions ahead of the 2022 general elections.

Murkomen, in a quick rejoinder, brought a new dimension to the row with assertions that the 60-day notice issued by Environment CS Keriko Tobiko to effect the evictions is illegal.

The senator claimed the CS and Rift Valley coordinator George Natembeya were executing a personal agenda not backed by a Cabinet resolution.

“We have called out Tobiko and Natembeya for insubordination and carrying out a process not backed by a Cabinet decision,” he said.

Ronald Tonui (Bomet Central), Dominic Koskei (Sotik) and Joseph Ruto (Kuresoi South) and Segemian MCA Wesley Koech argued that Uhuru would have by now ordered a stop of the evictions if he had the people's interests at heart.

Murkomen stated, “Officially, the eviction is not the government's position. It was a personal decision of Tobiko. The government has not tabled a Cabinet decision on how to settle people.”

The senator asked inhabitants of the targeted parcels of land to stay put and ignore the 60-day eviction order.

For him, the government can only use the land after acquiring the same compulsorily in mutual agreement with the locals.

As chair of Rift Valley legislators' caucus, Murkomen said they will summon the CS to Parliament to clarify the source of the eviction orders.

Yesterday's exchanges came in the wake of a demand by a group of Rift Valley lawmakers that President Kenyatta should donate his family's land to resettle the settlers.

The Ruto allies also warned that the eviction could be the last straw in the Jubilee political marriage.

Kutuny had no kind words for the likes of Murkomen, saying they have made the Kalenjin community a laughing stock “being one that complains yet is in government”.

The lawmaker said the DP’s office should be held responsible for the Mau crisis, further castigating Murkomen for not using his Senate Majority leader post to legislate a long-term solution.

To him, the Mau issue was domiciled in the DP’s office at the expiry of the President Mwai Kibaki and Raila Odinga coalition government’s term.

The lawmaker called Ruto's bluff, accusing him of not dealing with issues affecting Rift Valley “yet claiming to be calling shots in Uhuru’s administration”.

He compared his inaction with Uhuru’s efforts to resolve coffee and SMEs sector issues. The sectors are dominated by traders from Mt Kenya.

Kutuny also cited Raila’s efforts to revitalise operations at the Kisumu port in less than two years, saying Rift Valley has no tangible project within the over seven years of DP’s stay at the helm.

The lawmaker said it was illogical that a section of leaders from Rift Valley has resorted to hurling insults and crying foul on the evictions.

“The issue of Mau is affecting our people and it did not start today. Our own people are occupying senior positions in government. Therefore, before looking outside, what have they done with the positions given by the community?” he asked.

“It is sad the very people we as a community entrusted with leadership are going back to Mau to cry. If the positions are big, let them quit.”

For starters, the lawmaker wants the report of a 21-man task force formed by Raila on the water tower’s restoration to be made public.

During a presser at Parliament Buildings, Kutuny said it was worrying there were no clear efforts by the DP Ruto’s office to resolve the Mau matter.

“I have never seen the DP waking up to visit people in the Mau. It is high time he rose to the occasion and speaks about Mau. We want him to tell us what he has done in person to effect the recommendations of the said report,” the two-time legislator said.

He took a swipe at Ruto for not living to the promise made during elections, further indicating they (Kalenjins) would not allow the Mau issue to inform Rift Valley politics.

Kutuny admitted, for the first time, they plotted to fell Raila following his stance on Mau Forest evictions when the latter was PM.

“We must tell each other the truth. Let us not be swayed by critics who blame the government yet they have done nothing to help the situation.”

Murkomen: Only Uhuru can call for Mau evictions

He said Tobiko has no authority to call for eviction.
News
2 years ago

Second Mau evictions will be a major catastrophe

Over 10,000 primary students will be affected by the looming eviction exercise.
News
2 years ago