Areas of testing included knowledge of party policies and ability to finance campaigns.

• The National Election Board also tested the candidates' alignment with the party's manifesto and ability to deliver its mandate. 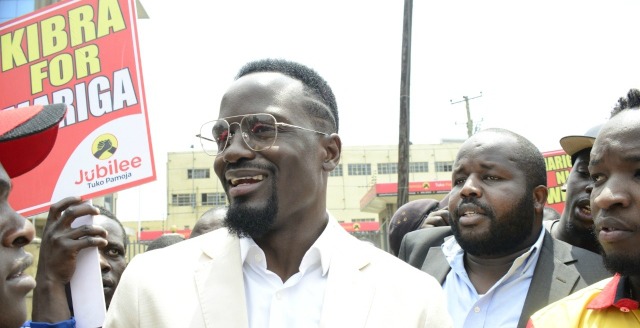 Former Harambee Stars international McDonald Mariga was on Monday announced as the Jubilee Party candidate for the Kibra by-election.

During his unveiling at the party's headquarters, National Elections Board chairman Andrew Musangi described Mariga as a man of impeccable character and credentials who has had "enduring connections with the people of Kibra".

Mariga was at the party's headquarters on Monday for vetting by the National Elections Board.

Areas of testing included knowledge of party policies, ability to finance campaigns, understanding of parliamentary work and his vision for Kibra.

The National Election Board also tested the candidates' alignment with the party's manifesto and ability to deliver its mandate.

The six board members tallied the scores out of 100 marks each with Mariga scoring 500 marks to emerge the winner.

A total of 16 people expressed interest in the Jubilee ticket. 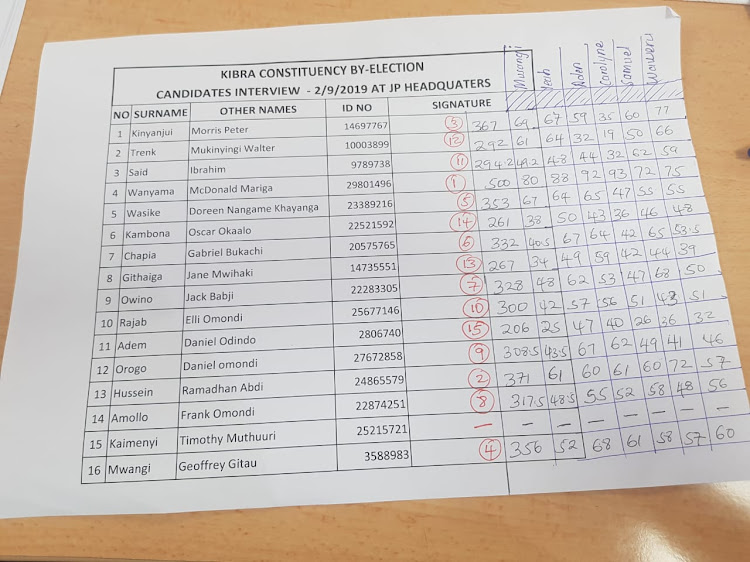 Below are the questions that Mariga and 16 other candidates were asked during the interview.

The former Kenyan international made history as the first Kenyan footballer to play and win the UEFA Champions League finals, for Internazionale on 16 March 2010.

The Kibra seat fell vacant after the death of Ken Okoth on July 26 after a battle with cancer. 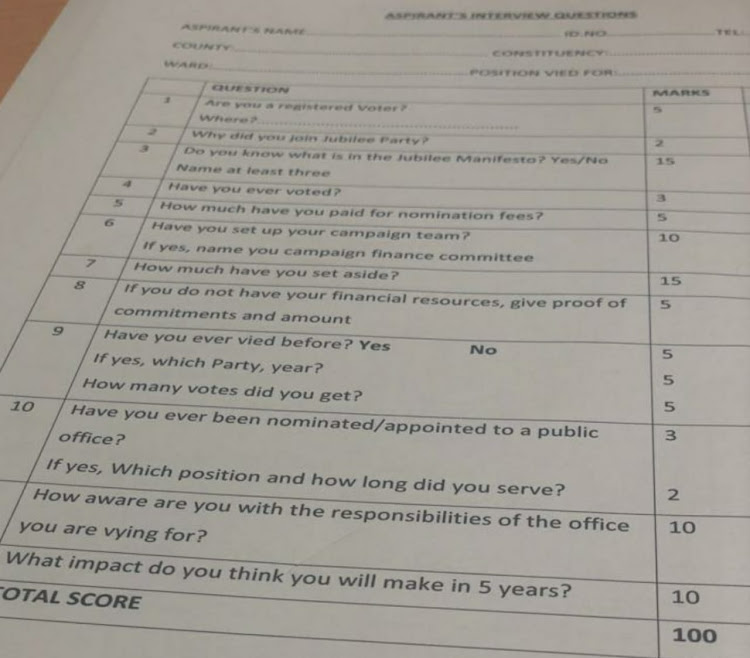