One charged two ministry officials Sh85,000 per ticket to Entebbe when the cost was Sh28,720

.There was no database maintained at KQ recording accredited travel agents

.KQ had no policy on the mark-up a travel agent makes on fare 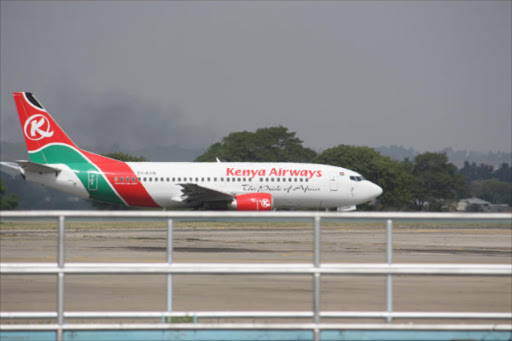 On the eve of Valentine’s Day in 2015, Samuel Karanja, a government employee , was an angry man.

Karanja who worked for the Ministry of Transport and Infrastructure knew that his colleagues had been conned when they booked tickets to travel to Entebbe, Uganda.

He fired off an email to Kenya Airways questioning why a travel agent had charged two ministry officials Sh85,000 per ticket to Entebbe. KQ saw the email and was shocked.

The price list showed the fare was Sh28,720. In short, the greedy travel agent had conned the government Sh56,280. The irony is, the travel agent was using KQ, in which Kenya’s government owns 48.9 per cent of the shares, to pilfer public funds.

But that day the travel agent took advantage of KQ’s open-ended guidelines and government’s trust in the national carrier to make money.

KQ had no policy on the mark-up a travel agent makes on fare. It just hoped that after giving the agents discounts and commissions, they would adhere to the process.

That is just one episode unearthed by auditors of the audit firm Deloitte as they went through the records at Kenya Airways in their job to get the facts for the KQ board’s audit and risk committee.

“We established instances of unauthorized sale of overpriced tickets by travel agents to corporate clients due to overly reduced discount rates contrary to the contracted discounted rates; however we were unable to identify any instances of collusion between KQ staff and travel agents,” reads the audit report.

It led to a conclusion that without KQ having a database of travel agents, it was possible for KQ staff to own travel agencies.

“There is no database maintained at KQ recording the accredited travel agents. The inherent risk is that it might arise into conflicts of interest where KQ staff own travel agents in order to drive business in their own interest,” reads the report.

The major loss as a result of ticketing is that eight million tickets were sold below their price in effect slamming the airline with a revenue hole amounting to Sh76 billion in the four years from 2012 to 2015.

“Our investigation did not yield any palpable evidence of any irregularities perpetrated by KQ staff, travel agents or related third parties relating to tickets sold at low fares.

"However, what is apparent other than non-compliance with the pricing policy is failure by management to agree on the most competitive price based on the actual seat cost and other market conditions such as competitors’ activity,” reads the report.

In the list of top African brands KQ was ranked position 14 while Ethiopian Airlines took position 21.
Business
3 years ago