Naikuni to Mbuvi to Mikosz, KQ looking for new CEO

The national carrier this week announced a Sh8.6 billion loss 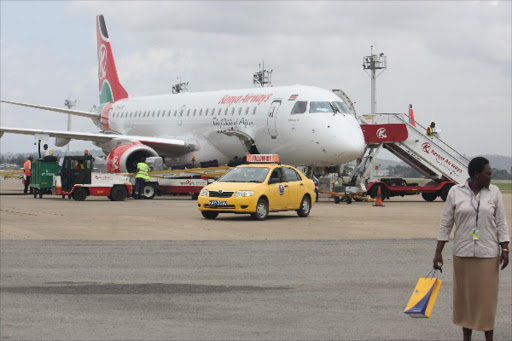 The Kenya Airways board has started interviewing candidates for the next chief executive to steer the loss-making and troubled national carrier.

The company has made losses for the past five years.

Current CEO Sebastian Mikosz has started packing his bags. He leaves in December.

The man from Poland announced his exit in May, three months after MPs stopped a proposed take over of the Jomo Kenyatta International Airport by Kenya Airways.

“We are in the process of interviewing a prospective successor to Sebastian; the process is underway. We are interviewing in the next few weeks and we will make an announcement when we make the decision. So it's under way,” Kenya Airways chairman Michael Joseph told reporters on Wednesday.

The former president and CEO of LOT Polish Airline, one of the oldest airlines in the world, was hired on May 4, 2017.

His more than 20 years of professional experience in managing private and public firms was touted as the experience needed to steer KQ out of financial turbulence.

He leaves, having thrown in the towel, with his rescue plans having failed to turn the company around. The December 31, 2019 exit date is five months earlier than the end of his three-year contract.

"It is my personal decision and I have obviously discussed it with the board," he said.

This week, the airline reported a Sh8.6 billion loss in six months (January 1 to June 30) and sunk into a deeper financial hole because of increased operating costs.

Mikosz pocketed a cool Sh62.89 million last year despite the airline registering an after-tax loss of Sh7.5 billion. He is paid an average of Sh5.2 million a month.

During protests over KQ take over of JKIA in March, the Kenya Aviation Workers Union (Kawu) called for the removal from office of KAA chief executive Johnny Andersen, chairman of the board Isaac Awuondo and their KQ counterparts, even as it accused “foreigners” of mismanaging local entities

“They will run down everything then board a flight and go back home and leave us with our own problems,”Kawu secretary general Moss Ndiema claimed.

Kenya Airways shocked observers in 2015 when it announced a record Sh25.7 billion loss. In 2016, it got even worse with an even higher figure of Sh26.2 billion.

Mikosz was hired to replace former CEO Mbuvi Ngunze who left in May 2017 after two years of a turbulent reign at the airline.

During his stint as CEO, Kenya Airways was rocked by strikes by pilots who wanted him and the then chairman Dennis Awori removed.

Pilots through their lobby group - Kenya Airline Pilots Association - accused the two of mismanagement.  They both bowed to pressure and quit. Legendary manager Michael Joseph of Safaricom was appointed chairman.

Mbuvi had succeeded Titus Naikuni who left in 2014 after landing the top job in 2003.

The first shocking loss of Sh25.7 billion was announced after Naikuni's exit.

The KQ board, during Naikuni's reign, was later accused of leasing planes which were never used optimally, paying pilots mouth-watering salaries and signing unfavorable agreement with Air France and KLM, which sent the national carrier plunging into loses.

Kenya Airways chief executiveMbuvi Ngunze has announced that he will step down in 2017, a decision that chairman Michael Joseph has said he will ...
News
5 years ago
by MARTIN MWITA Business Writer
News
01 September 2019 - 12:05