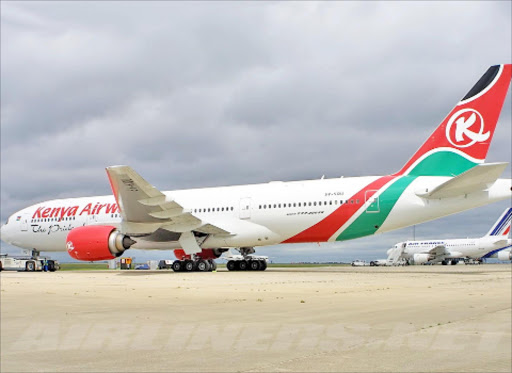 The Director of Criminal Investigations has begun investigating whether Kenya Airways staff conspired to bring down the airline.

The DCI wants to establish how Kenya’s national carrier lost Sh100 billion between 2003 and 2014, the nine years when Titus Naikuni was in charge.

“We are on this matter. We are working to unravel the looting that went on there,” George Kinoti, the DCI boss, told the Star.

Forensic experts have already been deployed to comb through a mountain of company records and contracts with suppliers.

The probe was triggered by an audit report prepared by the audit firm Deloitte four years ago.

The scope of the investigation includes verifying whether KQ staff were complicit in a global money-laundering ring.

The police suspect the money from the scheme could have financed terrorism in the region.

According to the Deloitte dossier, KQ used the black market to repatriate cash from Sudan, South Sudan and Ethiopia back to Nairobi.

The company used an agent identified as Khalid Mohammed Ali who charged an exorbitant fee way above the market rate and in turn made himself billions while KQ lost billions.

The dealings with Ali alone are estimated to have cost KQ Sh5.4 billion. 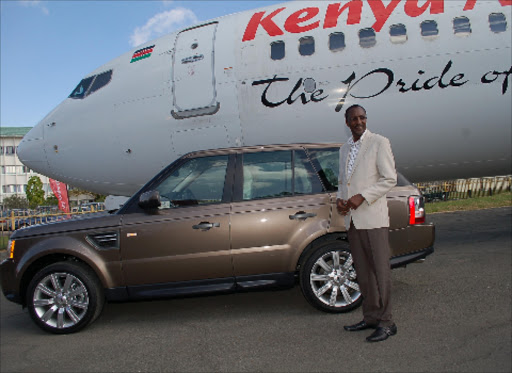 When KQ’s internal audit team asked why the airline contracted the agent when rival airlines complied with the rules in Ethiopia and Sudan to use the formal banking system, an email brought the inquiry to an end: the transactions had been pre-approved by then KQ chief executive officer Titus Naikuni and the finance director Alex Mbugua.

One of the key areas of investigation is the purchase of second-hand planes from KQ’s Dutch shareholder KLM at Sh2 billion and selling off the same aircraft at Sh200 million after only five years — a loss of Sh1.8 billion.

Reports have emerged where a tech-savvy employee hacked into the OASES inventory management system, created an account “rk’ and within a year made away with Sh60 million spare parts.

Deloitte auditors made an effort to get to the bottom of the mysterious account and sent a team to the firm that sold the system to KQ but never traced the culprit. 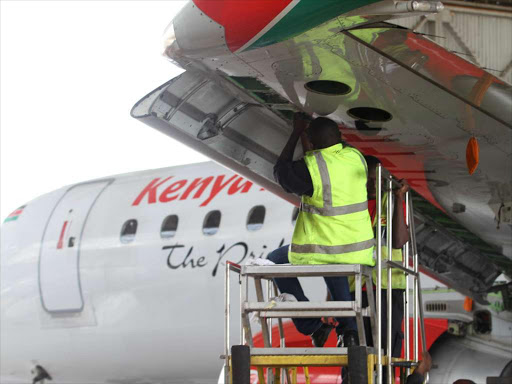 The airline lost Sh77 billion in undervalued tickets and the huge discounts allocated to travel agents who in turn charge travelers a premium.

In one case, KQ agents charged two government officials – from the Ministry of Transport and Infrastructure, which represents the government in the KQ board— nearly three times the prescribed fare, but only remitted the actual price back to KQ and were paid a commission for the same sale.

The auditors believe this could be because some KQ employees secretly owned travel agencies and were, therefore, exploiting weaknesses in the pricing model to steal from the airline.

Even in the procurement of jet fuel, KQ still bought overpriced fuel on account of their hedging policy. When the maths was eventually done, it showed the airline had lost Sh3.3 billion.

The corporate greed, institutionalised shortcuts and system failures explain why Kenya Airways has been making losses despite the rise in revenues and passenger numbers.

KQ also wound up a profitable cargo subsidiary, gave its business to a rival company and paid Sh400 million to the company, instead of expanding its cargo capacity, the auditors said.

In 2013 when Kenya Airways made a loss of Sh7.8 billion – for the first time after years of making profits—the national carrier blamed the travel advisories issued against  the country by key market sources in the West due to fears of retaliatory attacks from the al Shabbab terror group, together with the challenges associated with the General Election of that year.

Airline announced yet another net loss Sh5.9 billion from Sh5.1 billion for the year ended December 2018.
Business
3 years ago