• The members wanted Otieno to take over the union's mantle ahead of the December Annual Delegates Conference where they will conduct elections.

• Ouster comes a day after a section of the union's National Executive Council met in Nairobi and recommended the removal . 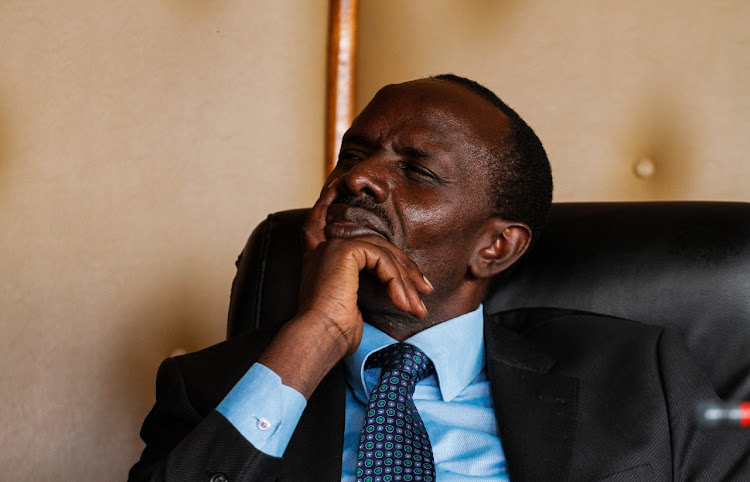 According to a letter by the Registrar of Trade Unions E.N Gicheha dated August 30, 2019, Sossion has been replaced in an acting capacity by his deputy Hesbon Otieno.

Sossion's ouster comes a day after a section of the union's National Executive Council met in Nairobi and recommended the removal of the secretary general and his subsequent replacement with Otieno.

The members wanted Otieno to take over the union's mantle ahead of the December Annual Delegates Conference where they will conduct elections.

The anti-Sossion group later staged a demonstration outside the union headquarters demanding his removal.

However, in a swift rejoinder, Sossion moved to court challenging his removal.

Sossion through J.A Guserwa & Company Advocates, expressed his surprise on the change of officers at Knut citing the ruling by the Employment and Relations Court which stopped Thursday's NEC meeting.

"Take notice that unless the change of officers is removed and/or withdrawn, we shall move to court to cite you [Registrar of Trade Unions] for contempt," Sossion said.

The union’s constitution dictates that NEC is responsible for upholding rules and regulations of the union.

They can also suspend or expel a member of the union. The NEC council consists of the 10 elected members of the union’s national branch.

“Any national official of the union may be suspended from office by a two-third majority decision of all members entitled to attend and vote at the NEC,” the Knut constitution reads.

In the case of a suspension, NEC is vested with the powers to appoint one of its members.

It was first time the anti-Sossion movement made good its threat initiating the ouster of the secretary general.
News
3 years ago
Post a comment
WATCH: The latest videos from the Star
by DENNIS TARUS Digital Sub-Editor
News
30 August 2019 - 17:07
Read The E-Paper