• Phase two of evictions targets more than 10,000 households who have encroached the forest 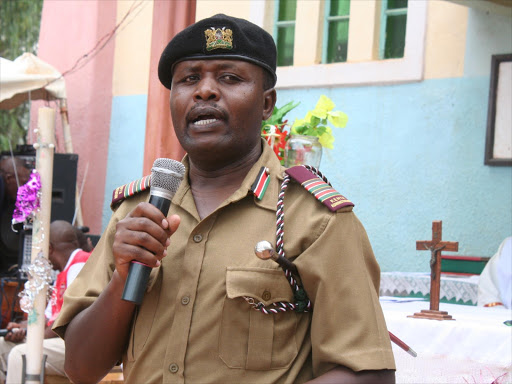 The government will close 15 schools within Maasai Mau forest during the second phase of evictions.

Rift Valley regional commissioner George Natembeya with nine members of the steering committee made the announcement on Wednesday.

“The government is set to close 15 schools in Maasai Mau in Narok South. The records show that they were constructed illegally,” he said.

Phase two of the evictions targets more than 10,000 households who have encroached the forest.

Natembeya said the government expects to complete the task through the 10-man steering committee within 60 days.

After reclaiming 17,000 hectares, the forest will be protected with an electric fence.

Natembeya said the ongoing debate on Mau evictions had created confusion but no more logging, cultivation and grazing will be allowed in the water tower.

He called on politicians and members of the press to cooperate with the government in restoring the forest.

“We will not waste time as consequences of Mau destruction will remain with us. No one should talk against evictions because we have to conserve the tower. When we commence the same we shall not allow any human activities in the forest,” Natembeya said.

Evictions will be followed with massive planting of trees to replace the ones destroyed.

"I thank leaders who have realised keeping people in Masaai Mau is not sustainable as it is the largest water tower in the country. The issue the leaders are raising is how the exercise will be done. We assure them that it will be done in a humane way not to have any internally displaced persons camping in the area,” he said.

Phase one of the evictions that saw 10,000 illegal settlers evicted was centred around Reiya group ranch.

Second Mau evictions will be a major catastrophe

Over 10,000 primary students will be affected by the looming eviction exercise.
News
3 years ago