Uhuru flags off first 200,000 barrels of crude oil from Kenya

• During the flagging of the oil cargo, Uhuru said today's event marks a special moment in the history of our country.

• He said that this greater prosperity must be guarded jealously and underscored the government's unshakable commitment to sustainable development.

by ABDI RIZACK Online Journalist
News
26 August 2019 - 12:58
President Uhuru Kenyatta arrives at the Kipevu Oil Terminal, Port of Mombasa, to preside over the flag off ceremony of the first Kenyan crude oil shipment as well as receive the 3rd cohort of Seafarer recruits August 26, 2019.
Image: PSCU

President Kenyatta on Monday morning flagged off the first 200,000 barrels of crude oil from Kenya.

The vessel carrying the oil leaves the Mombasa port today for Malaysia.

This is part of the Early Oil Pilot Scheme (EOPS) which is an important step towards the South Lokichar Full Field Development (FFD) project.

The EOPS is preparing the road for full exploration and development of oil in the country, which was discovered in Turkana county in 2012 by Tullow Oil Kenya B.V and its partner Africa Oil Corporation.

Tullow is the operator and is supported by partners Africa Oil and Total, which has acquired a 25 per cent stake in the project. 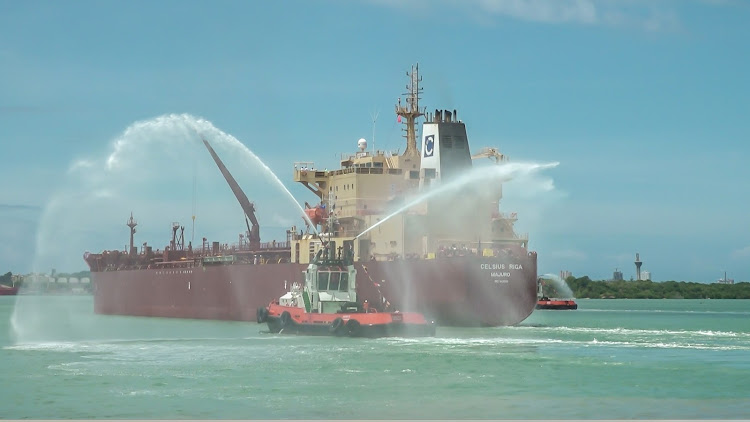 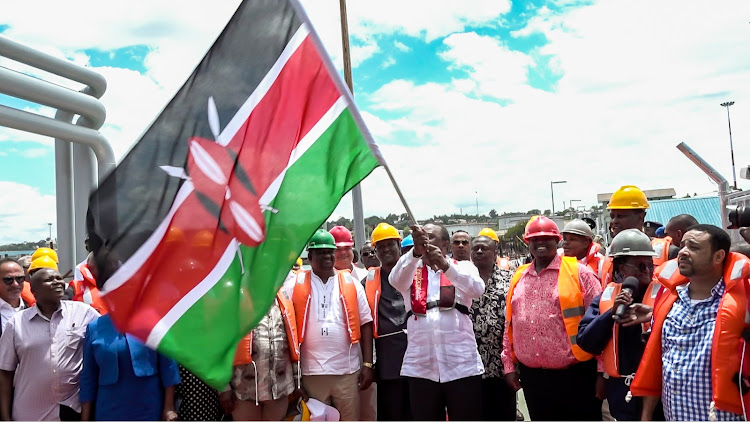 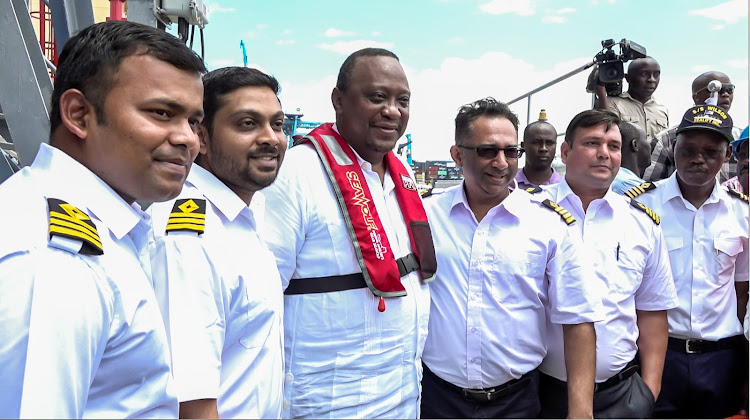 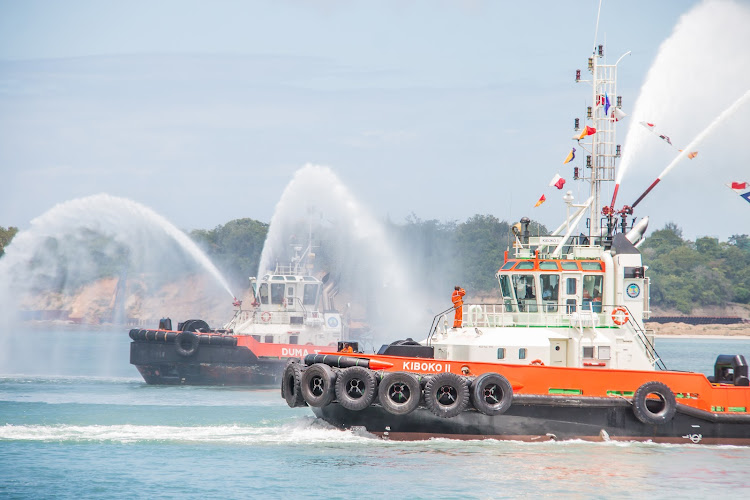 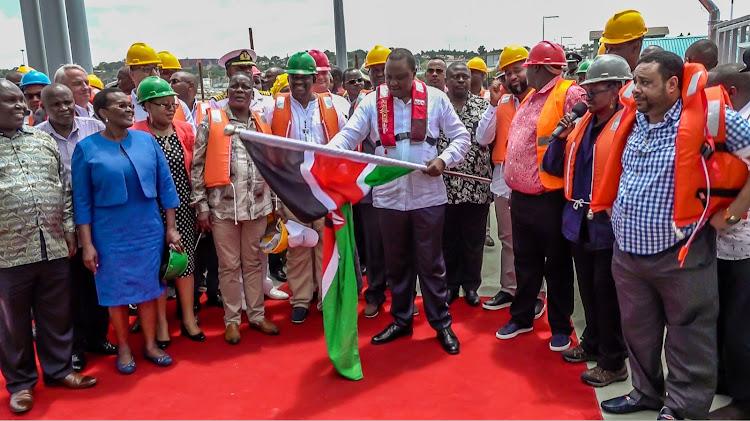 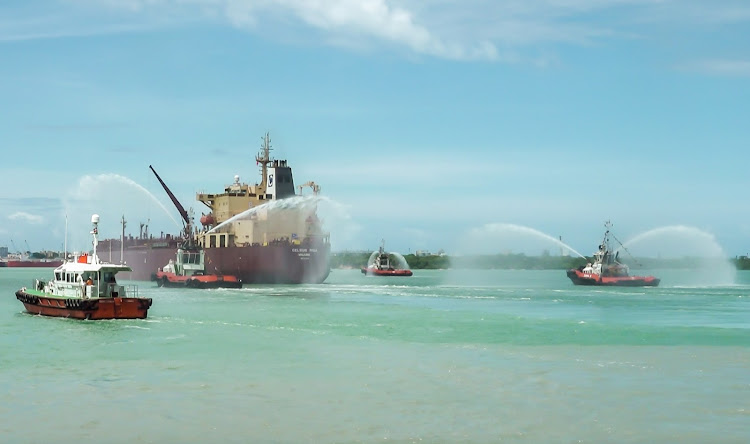 During the flagging of the oil cargo, Uhuru said the event marks a special moment in Kenya's history.

He said the first discovery of the exploration of oil dates back to 1937 when the first attempts of extractions of commercially viable deposits were made.

"While these initial attempts were unsuccessful, Kenya's potential for Oil and Gas had been established," he said.

The President said that Kenya continued with the exploration efforts because the rich deposits lying beneath the soils hold the key for the development and prosperity of the Nation.

He said he has also committed to supporting the modification of the Petroleum Refinery Limited to support the early pilot oil scheme.

"I'm proud to say Kenya's grand march to oil and gas export has now begun and the flagging off of this consignment represents a new dawn not just for Kenya but also for our region and a beginning of a new era of prosperity for all Kenyans," Uhuru said.

He said that this greater prosperity must be guarded jealously and underscored the government's unshakable commitment to sustainable development.

"We will ensure that Kenya's natural resources are utilised in a manner that yields maximum dividends today but without compromising the interest of future generations," he added.

He also said the renewal of the shipping sector will enable Kenya to participate more fully to the regional global maritime value chains.

Uhuru said the new venture will create more jobs and that the Kenya shipping line will gain access to more than 500 ports across the world and will enable Kenya to ship the oil and get more Kenyans working in the maritime industry.

Mombasa County Governor Hassan Joho humbly appealed to the President to set up a meeting to see how they can take advantage of the oil expedition and diversify the economy.

The milestone has opened doors for potential commercial exploration and development of oil and oil products which is expected to increase the country’s Gross Domestic Product.

According to Tullow, Kenya’s onshore fields in Turkana hold an estimated 560 million barrels of oil.

This will bring to 256 the number of Kenyans recruited by the MSC in the last nine months.

The President also took time to urge the new recruits to serve with professionalism dignity and build Kenya's reputation so that others will also get the chance to serve like they have been given.

According to Tullow, Kenya’s onshore fields in Turkana hold an estimated 560 million barrels of oil.
News
10 months ago