• Biwott joined the Export Promotion Council as the Chief Executive in 2017.

• He was unveiled this morning in a ceremony spearheaded by State Corporation Advisory Committee CEO Ms. Jane Mugambi,  and officials from
State Department for Trade, 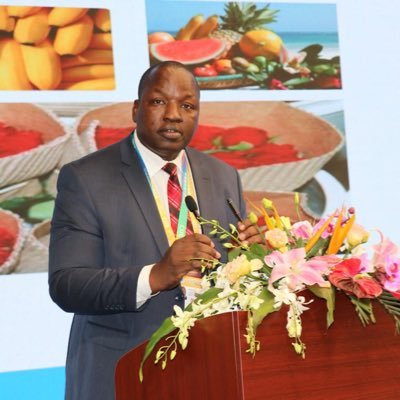 Peter  Biwott has been appointed as the CEO of the now merged Kenya Export Promotion and Branding Agency.

In a statement on Thursday by the organization, Biwott was unveiled in a ceremony spearheaded by CEO, State Corporation Advisory Committee  JaneMugambi, and officials from the state Department for Trade.

Biwott reaffirmed his commitment to making the agency a center of excellence and a model public sector organization towards nation-building.

“I am delighted to be part of this new agency that is committed to becoming a pacesetter in driving the Government's reform agenda. My focus will be to ensure a motivated staff, empower youth and women in leadership and upholding of national values such as transparency, accountability, and integrity even as we work to delivering our mandate as an organization “he said.

KEPROBA seeks to establish systems and efficient structures and linkages across the public sector and the private sector, and rally the citizenry for harmony in order to gain a measurable competitive advantage over peer countries.

“I would like to assure all our key stakeholders including suppliers, vendors, exporters and partners from the two merged organizations of a seamless transition process. As KEPROBA commences its journey to the realization of its new mandate, we call upon all stakeholders for unequivocal support to join us in building the Kenya we want,” he added.

Biwott joined the Export Promotion Council as the Chief Executive in 2017.

This gave him an opportunity to further his studies in International development studies, with a specialization in Economics of Development in the International Institute of Social Studies of Rotterdam University, Netherlands.

His study focused on international trade, and why some countries developed than others.