Kenya wants elephants in Africa listed as Appendix I, the highest form of protection

CITES accords protection to more than 35,000 species of animals and plants.

• KWS says animal and marine biodiversity keeps our ecosystems functional allowing us to survive and make a living.

• CITES, an international agreement between governments was first conceived in the 1960s with the first draft formed between Kenya and the United States. 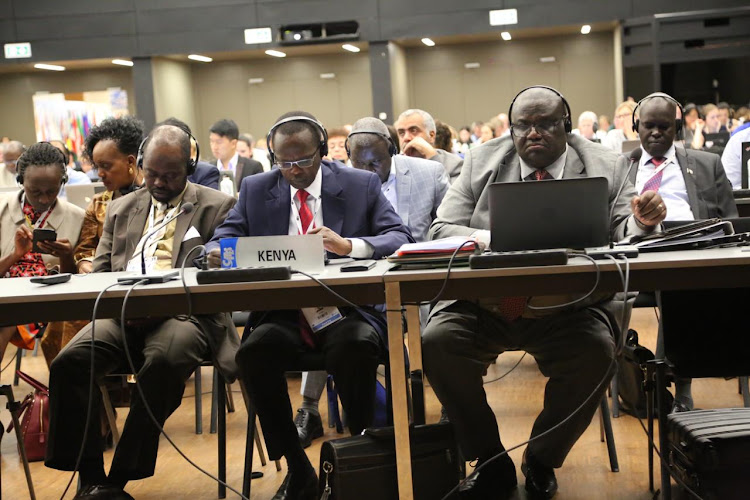 The Kenyan delegation led by Tourism and Wildlife CAS, IG (Rt.) Joseph Boinnet closely following the proceedings of the Conservation of the African Carnivore Initiative (Comm. 1) session at the CITES.

The Kenyan delegation led by Tourism and Wildlife CAS, IG (Rt.) Joseph Boinnet on Saturday said that the state wants Elephants in Africa be listed on the highest list of protection on CITE.

In the list, CITES prohibits any international trade of these specimens except when the purpose of the trade is not commercial and only permits it for research purposes.

The main aim of CITES is to regulate international trade and ensure that any trade in specimens of wild animals and plants does not threaten their survival.

CITES is an international agreement between governments.

Historically, it was first conceived in the 1960s with the first draft formed between  Kenya and the United States

The Kenyan delegation said that in the country, hunting and trade in wildlife & wildlife products have been outlawed by an Act of Parliament since 1977 and 1978 respectively.

Since then, our wildlife numbers and in particular the elephant population recovered and continues to do so modestly over the last few decades.

This was especially so after the hunting of wildlife became unsustainable.

At present, CITES accords protection to more than 35,000 species of animals and plants. This protection is categorised in three appendices. 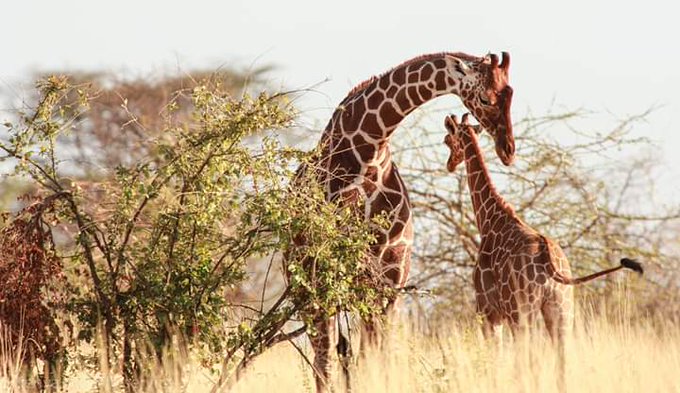 Mother Giraffe and her calf, Kenya has submitted proposal that seeks to place the giraffe under endangered species.
Image: /KENYA WILDLIFE SERVICE

Appendix I lists species that are the most endangered and threatened with extinction.

Appendix II lists species that are not now threatened with extinction but that may become so unless trade is closely controlled.

CITES says, Trade-in these specimens may be authorised by the granting of an export permit or re-export certificate.

Appendix III lists species included at the request of a Party that needs the cooperation of other countries to prevent unsustainable or illegal exploitation of specimens listed under this category.

The delegation also said that  Kenya has become a premier safari destination and a backdrop to Hollywood films including The Lion King, Born Free, Out of Africa, Tomb Raider among many others.

The Kenya Wildlife Service says an animal and marine biodiversity keeps our ecosystems functional allowing us to survive and make a living.

Animal & marine biodiversity keeps our ecosystems functional allowing us to survive & make a living. When these species reduce in number, both ecosystems & different communities suffer the after effects #CITESCoP18 #StopIvoryTrade pic.twitter.com/YLlBOB81VP

When these species reduce in number, both ecosystems and different communities suffer the after-effects.

Key among the items on the agenda in this year’s meeting is competing for ideas on how to protect African elephants, which have seen a huge decline in numbers due to poaching over the past 20 years.

Kenya is proposing that all elephants in Africa be listed as Appendix I, the highest form of protection available to Cites.

According to KWS,  "Elephants play an important role in balancing natural ecosystems. They trample forests & dense grasslands, making room for smaller species, dig water holes used by other wildlife when rainfall is low & help in seed dispersal through their dung."

In a historic vote, CITES parties voted to end the capture and export of live wild African Elephants from Zimbabwe, South Africa, Botswana and Namibia for overseas zoos. Zimbabwe is currently the main exporter of baby Jumbos to zoos since 2012.

A committee on Monday allowed Kenya to withdraw from the illegal ivory trade monitoring process, sparking outrage from conservators. The decision ...
News
4 years ago

Populations of mammals, reptiles, amphibians, birds and fish fell 60 per cent between 1970 and 2014
News
3 years ago

KWS says ivory trade is the biggest threat to elephant conservation and management.
News
3 years ago
Post a comment
WATCH: The latest videos from the Star
by ABDI RIZACK Online Journalist
News
19 August 2019 - 14:17
Read The E-Paper