'The Great Controversy' inside the SDA Church

• Top conference and union leaders have been accused of plundering church resources.

• A bid by church leadership to sell a Sh150 million property in Nairobi was thwarted. 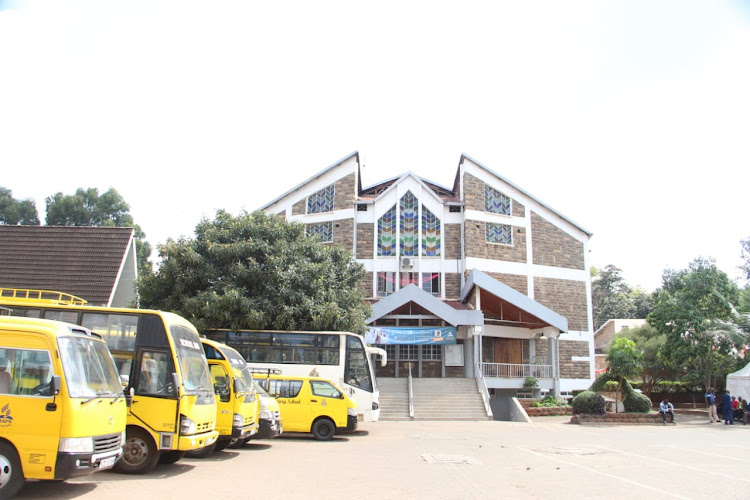 No one can deny that the world is a battlefield of good and evil.

For the Seventh Day Adventist Church, the conflict originated in heaven when a created being endowed with freedom of choice in self-exaltation became Satan and rebelled against God.

The Great Controversy is the title of one of the church's most influential book by its American founder Ellen G White. A fundamental belief of the SDA faith warns that the world became the arena of universal conflict when Satan and a faction of rebel angels were plunged into the earth and led Adam and Eve to sin.

For now, the great controversy is no longer an exclusive fight pitting good against evil but a full-blown war that is slowly consuming the SDA from within.

The Biblical great controversy has rocked SDA's largest regional church, the Nairobi Central, and now threatens to spread like a bushfire to other Nairobi churches.

Better known as Maxwell, Nairobi Central SDA is embroiled in a leadership tussle pitting two factions in what has finally lifted the lid on the massive rot in the church's mission in Kenya.

In the wake of the roiling battle, the General Conference, the top leadership of the church in the US, remains tight-lipped even as polls for the church's leadership in Kenya remain nigh.

The Maxwell Church was closed by the government indefinitely following the chaos that erupted on July 20 after worshipers ejected Pastor Jean Maywa over misconduct.

The heavy police presence in the church later on July 27 to block worshipers from conducting church service triggered speculations that senior government officials had been thrust into the controversy as well.

The Star has since established that powerful and senior government officials, business tycoons, lawyers and influential personalities have entered the fray and are clandestinely engaging in proxy wars.

It is turning out to be a battle of the titans that a common faithful has no idea about.

Being the headquarters of the SDA church in Kenya —East Kenya Union — the nasty power games could have sucked the powers that be in the country amid threats of a fast spillover.

The religious fissures at the Nairobi Central Church are just but the tip of an iceberg of ethnic and financial battles roiling the SDA church in the country.

At the heart of the problem are claims of deep-seated corruption and plunder of members' resources, negative ethnicity and manipulation of elections by church officials. 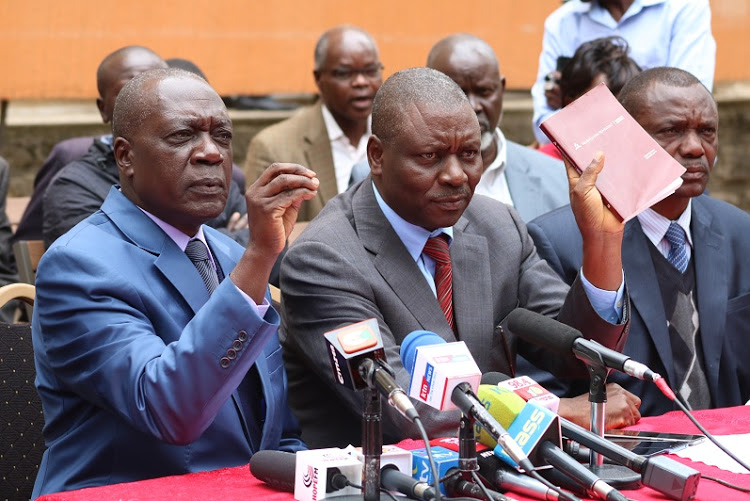 Top officials of the union are said to have mastered the craft of gerrymandering to perpetuate the Kikuyu community's control of senior management positions at both the Conference and the Union.

With fresh conference and union elections coming up in 2020, there are fears the same skewed formula used in 2015 could be used to shore up Mt Kenya's retention of power.

For instance, for purposes of voting officials of the Conference in 2015, Mt Kenya strategists created only one station for Nairobi and a field for Kajiado.

Each of the two stations, vote blocs, would get six slots of delegates to sit in the nominating committee to elect conference officials.

However, Central Kenya has three stations — Isiolo/Meru 3 and Ukambai 3 — and all were allocated five delegates each.

With a combined voting strength of 45 delegates, Central Kenya, Kamba, Meru and Isiolo would form a juggernaut voting bloc against Nairobi and Kajiado, who have a total of 12 slots.

The delegates are the highest authority of the conference that elects its officials after every five years but officials have been accused of doctoring boundaries to favour Mt Kenya region.

We are concerned by the fact that police action was skewed in favour of the aggressors as a person’s right of worship cannot be abridged by the threat of other parties to break the law.

Ironically, Nairobi and Kajiado have a combined membership of over 82,0000 members but have one conference and one field, while the friendly Mt Kenya and Ukambani regions with less than 37,000 members have 13 stations.

Some of the stations are not recognised in the church structure but have been created to source for votes.

Relatively richer churches within Nairobi are aligned to the administrative units within Mt Kenya in what critics claim is a scheme to perpetuate a stranglehold on financial and leadership power.

Already church members are divided along tribal lines amid claims that the Kikuyu community had exclusively taken up strategic leadership positions in the church.

Investigations by the Star revealed that the battle at the Nairobi Central Church is pitting the Kikuyu against the Kisii following a fallout triggered by the posting of a new pastor in June and next year's elections fever.

The pastor, who is an accredited manager to oversee spiritual matters of the employer at the church, allegedly refused to listen to elders at the church and established a parallel leadership structure.

Despite the church elders' plea, pastor Jean Maywa is said to have also cancelled several evangelism activities usually conducted by Maxwell Church under its outreach programme without explanation.

Maywa has, however, denied the claims.

A section of church elders who felt that Maywa had overstepped his mandate mobilised worshipers to disrupt church service of July 20 in what broke the camel's back.

It has now emerged that the disruption was well orchestrated to push the government to take action as part of the push to send away the pastor amid claims a senior government official ordered the deployment of police.

“We had resolved that enough was enough and made it clear that the pastor needed to go back to his employer for posting elsewhere,” said Humphrey Macharia, a former elder of the church.

The church raises millions of shillings in offerings every Saturday but also enjoys massive goodwill donations from its wealthy membership in support of the evangelism activities inside and outside the church.

According to sources, Nairobi Central SDA Church collects over Sh500,000 every Saturday with the total offerings estimated to be in the regions of over Sh25 million monthly.

Some of the tithes and offerings, it is claimed, do not make their way to the conference coffers to facilitate evangelism.

There are claims that the Central Kenya Conference has been insisting on maintaining the grip of the church by posting friendly pastors even in cases where church members have expressed dismay.

“The church's leaders have effectively divided church members along ethnic lines to achieve and retain church power to facilitate their plunder. Some of the top leaders are also engaged in outright theft of church resources that members contribute in form of tithes and offerings,” claimed ex-elder Sammy Masara.

Some of the top leaders, it has been revealed, have bought plum plots in Kileleshwa, Karen, Lavington and other posh areas where they are engaged in real estate development using tithes and offerings.

There are claims of massive irregularities in the award of the church's scholarships to students studying theology across the SDA universities in the region and even abroad.

This, critics argue, was irregular and meant to perpetuate exclusivity.

“Preaching is a calling to minister to souls. When you pick people who have not been called by Christ, then you are setting the church on the path of destruction,” a senior church official who sought anonymity said.

“These rogue pastors are the ones causing harm to the church because for them, being a pastor is just employment like any other.”

The Kisii, who make up of over 65 per cent of the Adventist population in Kenya, claim they have been systematically targeted and excluded from management structures.

“Members of the Kikuyu community hold sway at the helm of the management of the church in the Conference, the Union, the Division and even at the general conference in the United States,” Masara, who is the patron of the newly created Nairobi Cosmopolitan Conference, said.

The Nairobi Cosmopolitan Conference chaired by former Nairobi Central Church elders was incorporated as a limited company on March 15 by the Registrar of Companies.

The CKC comprises of disgruntled members of the embattled Nairobi Central Church and are pushing for an overhaul of the SDA church's leadership in Kenya.

“It is unacceptable that the SDA church is experiencing unacceptable ethnic profiling of members at various units and levels of the church administration, victimisation and intimidation of members and employees on the basis of tribe,” Masara said in an interview with the Star.

SDA, which operates in Kenya under the East Kenya Union, is headquartered at the Nairobi Central Church which has over 7,000 baptised members.

The union comprises of the East Kenya Union Conference that is based at Karura and the Western Kenya Union conference in Kendu Bay, Nyanza.

According to official church figures, there are about 999,000 baptised members in Kenya, with the troubled Central Kenya Conference boasting over 125,000 members.

With the strong numbers, CKC is a strategic region given that the conference contributes up to 65 per cent of the church's local revenue.

CKC president John Kiragu has disputed any leadership wrangles in the church and blamed the state of helping the aggressors, whom he said are NCC members.

In a letter dated August 9, 2019, and addressed to all pastors, the CKC executive office cautioned preachers and members against associating with the expelled members.

But the NCC members have termed the expulsion a nullity.

No end in sight for Nairobi Central SDA Church wrangles

15 members were accused of disrespecting the resident pastor.
News
2 years ago

MP told the church leaders their disagreements should not be resolved in courts of law.
News
2 years ago

They claimed there were forgery and misrepresentation of material facts
News
2 years ago
by SPECIAL CORRESPONDENT
News
17 August 2019 - 06:17