• World Bank in March this year that the Sh75 billion from the International Development Association (IDA) meant to support the government’s reforms to enhance inclusive growth, accelerate poverty reduction and achieve its Vision 2030

• The funds pushing for reforms are expected to provide subsidies for agricultural inputs to reach the intended beneficiaries. 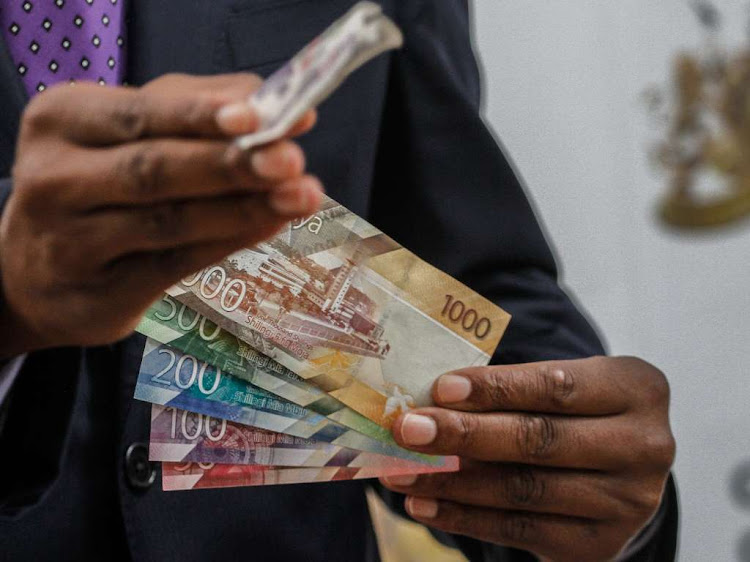 Display of some of the new Currency during press conference in Nairobi on June 3,2019.
Image: ENOS TECHE

Documents obtained from the National Treasury and World bank showed that Kenya has been given a five year grace period before it starts paying the Sh75 billion debt in 2024.

As a result, Kenya will pay Sh2.5 billion every year for the next 30 years until 2054 covering seven presidential terms.

“The credit is  $750 million equivalent and its supposed to mature in 30 years. The grace period is five years,” the terms signed by both the national government and the World bank on May 28 stated.

Insiders told the Star that Kenya requested for the loan to finance the Big Four Agenda amid concerns the government is taking on too much debt.

The World Bank Board of Directors said in March this year that the Sh 75 billion from the International Development Association (IDA) was meant to support the government’s reforms to enhance inclusive growth, accelerate poverty reduction and achieve its Vision 2030 objective of becoming a middle-income industrialized country.

The funds pushing for reforms are expected to provide subsidies for agricultural inputs to reach the intended beneficiaries (using e-vouchers and biometric digital identification). They are also expected to reduce inefficiencies and leakages in the procurement and marketing of fertilizer as well as establish a warehouse receipt system and a commodities exchange to help farmers get easier access to credit and to reduce post-harvest losses.

The funds are also supposed to ID digitization and ensure access of internet services to all Kenyans to enhance service delivery by the government to its citizens and reduce the need for face-to-face interactions and corruption opportunities.

The World Bank said that funds are meant to address challenges developers face by lowering construction costs and thereby increase the supply of less-expensive housing units.

This will, in turn, do away with the longterm mortgage to ensure Kenyans access cheap good houses in the shortest possible time.

“The operation will also provide support to the government’s medium-term fiscal consolidation plan by supporting measures to improve revenue mobilization, public expenditure and the prudent management of Kenya’s debt. It also supports reforms to enhance the private sector’s participation in the inclusive growth process,” World Bank said in its statement after signing.

“Measures supported by this operation are expected to benefit ordinary Kenyans through better targeting of agricultural subsidies to reach low-income farmers, prosecuting those who engage in fraudulent procurement practices, increasing availability of affordable housing, and improving revenue mobilization. This operation creates a foundation for essential reforms for fighting corruption, liberalizing markets, and enhancing inclusive growth,” said Felipe Jaramillo, WorldBank Country Director for Kenya in the statement.

World BankTask Team Leader Allen Dennis said, “The policy and institutional reforms supported by this operation will help improve the standard of living of ordinary Kenyans. Additionally, the policy reforms will contribute to improving good governance by the reinforcement of accountability and enforcement mechanisms through the use of digital technologies.”

The government also borrowed Sh 125 billion in a syndicated loan, as part of the 299 billion shillings of commercial debt budgeted in the 2018-19 fiscal year.

Is Kenya’s Debt Appetite Cause for Concern?

The situation is not a good signal for the economy, Kiriga said.
News
2 years ago