• The Presiding Judge Victor Marrero also imposed a US$100,000 (Sh10.3 million) fine on Baktash for narcotics, weapons, and obstruction offences.

• Baktash and his younger brother Ibrahim Akasha were charged for exporting tonnes of heroin to the United States. 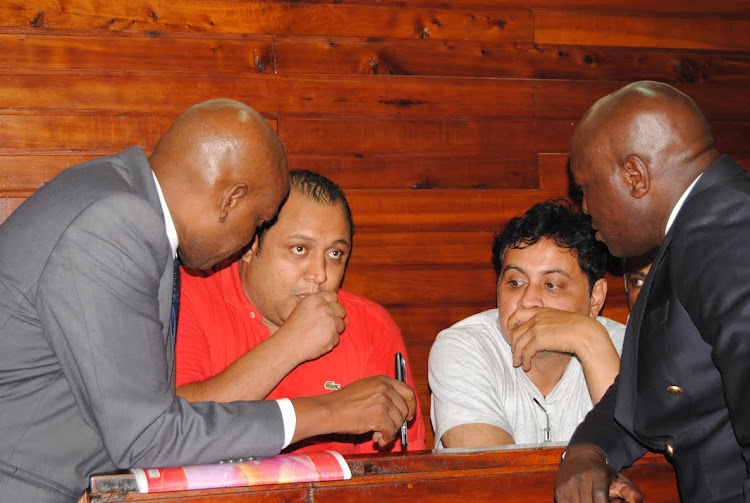 A US court has sentence self-confessed international drug trafficker Baktash Akasha to 25 years in prison.

The Presiding Judge Victor Marrero also imposed a US$100,000 (Sh10.3 million) fine on Baktash for narcotics, weapons, and obstruction offences.

Baktash and his younger brother Ibrahim Akasha were charged for exporting tonnes of heroin to the United States.

They pleaded guilty to the charges and agreed to a plea bargain with the office of the Manhattan district attorney.

Ibrahim will be sentenced by Presiding Judge Victor Marrero in November.

"Akasha was once one of the world’s most prolific and violent drug traffickers, but today’s significant sentence of 25 years in prison all but guarantees he will never profit from the illicit drug trade again," Manhattan US Attorney Geoffrey Berman said

The Akashas were extradited from Kenya without the knowledge of their families or lawyers despite there being a case in court challenging their extradition.

Baktash has been jailed for conspiring to import and importing heroin and methamphetamine, conspiring to use and carry machineguns and destructive devices in connection with their drug-trafficking crimes.

He has also been sent to prison for obstructing justice by paying bribes to Kenyan officials in an effort to avoid extradition to the United States.

During the hearing in July, the judge said that he was "inclined" to accept the prosecution's narrative that the two are brutal mobsters.

He based his sentiments on a claim that Baktash was involved in a contract killing of South African drug lord identified as Pinky.

They also pleaded guilty to obstruction of justice, which carries a maximum sentence of 20 years in prison.

A document by the prosecution tabled in court on July 25, 2019 outlines reasons why the court should not be lenient on the Akasha brothers.

These reasons include Baktash's killing of his former wife, tourturing his son, contracting killers to assassinate his father as well as gun-trafficking operations with terrorist group al Shabaab.

"The Akashas protected their lucrative drug business with violence, murder, and related threats, doing whatever was necessary to advance the criminal empire they inherited from their father after he was murdered in 2000," the document by the prosecution states.

The document says that in 2014, as part of a sting operation by the Drug Enforcement Administration, the Akashas were given the opportunity to import mass quantities of heroin and methamphetamine into the United States.

"They jumped at the chance. Ultimately, the Akashas supplied confidential sources working at the direction of the DEA with 99 kilograms of heroin and 2 kilograms of methamphetamine," it reads.

The prosecution also said that at the time of their arrest, the Akashas had another 500 kilograms of heroin en route from the Afghanistan-Pakistan region towards Kenya for intended distribution in the United States.

"While the Akashas pled guilty to their involvement in this drug importation conspiracy, they have now denied their participation in acts of brutal violence, and sought to minimize the extent of their historical drug operations," US state attorneys told the court.

The prosecutors relied on the testimony of Vicky Goswami whoo they described as "the Akashas’ trusted co-conspirator who is now a cooperating witness for the Government. "

"Goswami is uniquely situated to provide the Court with an inside perspective of this crime family’s illegal businesses. He had a decades-long criminal relationship with the Akashas," they told the court.

In 2013, after he was released from a long prison sentence in Dubai, Goswami moved to Kenya and worked in partnership with Baktash, Ibrahim, and others on their drug ventures and violence.

Goswami told the Court, the Akashas’ involvement in, among other things, the murder of Pinky; the kidnapping and assault of rival drug trafficker David Armstrong.

He also gave details of violent attacks on associates of another rival drug trafficker Ali Punjani, including the kidnapping of an individual known as “Speedy” and the near-fatal assault of Tony Sanghani.

Goswami also described the Akashas’ extensive use and possession of firearms, including handguns, machineguns, and grenades, as well as the Akashas’ gun-trafficking operations with terrorist group al Shabaab.

The prosecution also used Goswami to describe how the Akashas used violence and guns as part of an illegal extortion business in Kenya.

"Goswami is also expected to testify about Baktash’s violent behavior outside of his illegal businesses, including torturing one of his children, beating his current wife, and murdering his prior wife," the prosecution said at the pre-trial stage.

According to Manhattan US Attorney Geoffrey Berman, Baktash and Ibrahim Akasha were the leader and deputy of a sophisticated international drug trafficking network, responsible for tons of narcotics shipments throughout the world.

"Not only did they manufacture and distribute narcotics for over two decades, they kidnapped, beat, and murdered others who posed a threat to their enterprise," Berman said.

He added that when the brothers encountered legal interference, they bribed Kenyan officials — including judges, prosecutors, and law enforcement officers—in an effort to avoid facing the charges against them in the United States.

How Akashas took control of the Sub-Saharan drug market

Akashas would stop at nothing to protect their lucrative drug empire .
News
2 years ago
by OLIVER MATHENGE Digital Editor
News
16 August 2019 - 16:33