Politicians give conditions for backing referendum during Turkana festival

• Nanok called on Kenyans to assess the viability of holding a referendum. 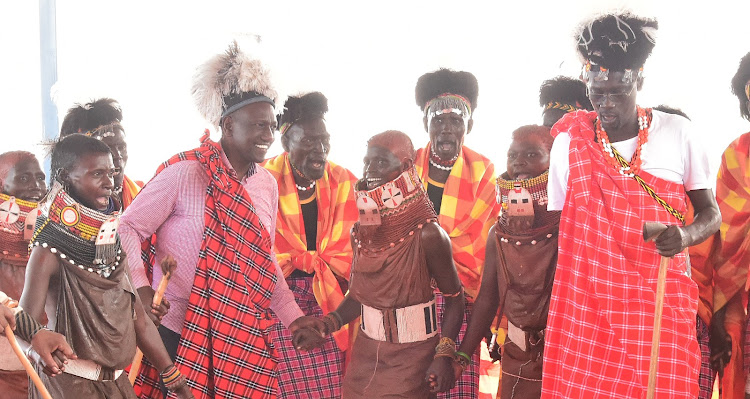 Kenyans will rally behind the proposed review of the Constitution if it will ease burden on them, a section of leaders have said.

They noted that the country was experiencing over-representation, which was putting pressure on national resources.

Speaking in Turkana during the annual Tobong’u Lore fete on Thursday, the politicians said the referendum would be supported, “but only if it addresses rather than revives the dwindling fortunes” of some politicians.

Governor Nanok called on Kenyans to assess the viability of holding a referendum.

“We must be sober on this issue. County Assemblies need to engage the public on the proposed review of the constitution because such a process informs our country’s future,” he said.

However, he doubted that the country could afford holding the referendum now.

“I do not think there are funds to support the change of the Constitution. My line of thought is that we make maximum use the current constitution for the benefit of the country.”

He said the annual cultural event should be turned into a commercial activity rather than being seen as a “an event where we come to sing”.

“From such traditional activities, we aim to cement relations between communities and further the development of the people in various regions,” he said.

While supporting Nanok on the ongoing referendum talks, Mr Sudi noted that if there must be any change of the Constitution, “it should be for a better Kenya”.

“We will not rally behind a referendum that is after creating seats for the few political losers,” he said.

His sentiments were echoed by Lodepe who argued that the burden on Kenyans need to be reduced through the proposed review of the constitution.

“If we can reduce the number of leaders, then the better for our country. We will assess and see if Punguza Mizigo will be of benefit to Kenyans,” said Lodepe.

He asked leaders not to politicise the process, but approach it with the desired objectivity.

The Turkana Woman Representative said she would resist any move that would exert more pressure on taxpayers.

Speaking at the same event, Dr Ruto asked leaders to discard the politics of division and ethnicity, and instead focus on development.

He said Kenya leaders must work together and commit to making the lives of the people better.

“We must refuse to be separated by artificial borders. We are one community and our togetherness is our strength,” he said.

Uganda’s Minister for Karamoja Affairs John Byabagambi urged leaders to encourage cross exchange of cultures between various communities so as to bring about stability in the society.

“The integration of cultures reduces tension between communities and promotes unity. Today, we are enjoying peaceful co-existence between the Pokot, Turkana and the Karamoja of Uganda because of Tubong’u Lore,” he said.

Prof Kibwana said he would try his luck in the country’s top political seat in 2022.

It's premature to say you back referendum

Referendum not a showdown between BBI and DP Ruto

Notion that referendum is a showdown between BBI and Ruto is a misconception.
Opinion
3 years ago