Legislators worried how to save constituencies that have less than 100,000 people 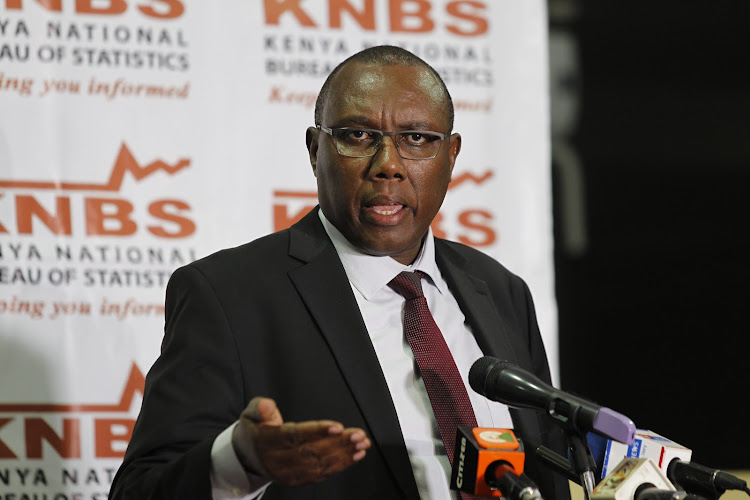 MPs from 26 constituencies at risk of being scrapped for failing the population criteria are burning the midnight oil to save their jobs.

A number of legislators from the affected constituencies are apprehensive their areas will be scrapped should they be found ineligible.

Part of the effort is to rally residents to declare they come from the constituencies no matter where they will be counted during the national census slated for August 24.

Mobilisation campaigns have gained momentum in Mt Kenya, North Eastern and Coast with the leaders asking residents to save the constituencies.

After the 2009 census, a boundary review team led by Andrew Ligale flagged several constituencies as having fallen short of the 133,000 population threshold.

The fate of these, and others that may emerge to have failed the threshold lies in the scheduled national population count.

Already, IEBC has said it will be open to change in the next review, meaning the polls agency would not hesitate to dissolve or merge the constituencies.

Zachary Mwangi, director general Kenya National Bureau of Statistics, last week said there are provisions to count everyone who will spend the night within Kenya’s borders on August 24.

Officers will also administer a digital questionnaire in hospitals, to travellers and street families among other outdoor sleepers.

Despite the assurance, the fear ahead of the count is that the questionnaires - even for a conventional household - may not accurately capture the data of people's origins.

A low population count would mean some regions, including counties, will have their share of national revenue reduced.

In multiple interviews with the Star, lawmakers yesterday cried foul that they have no control over migration patterns that cost them the numbers.

“In terms of people who expect service, Mvita has the highest in the Coast region. The constituency has the highest number of registered voters. Because the cost of living is higher in the town, most people live outside the island,” he said.

Nassir said they will need further interpretation of the law setting the threshold.

Vihiga MP Ernest Kivai said the constituency’s problem is that people are scattered, with some demanding fare when asked to travel home for the count.

It is not that Vihiga doesn’t have enough people. We have been appealing to our people to be available so that their data is captured properly. If the numbers are captured properly, the truth will be out there.

Kivai toured the constituency at the weekend asking people to be available for the crucial count.

“I have not seen how the form looks but I will not be worried if the data can be captured from wherever they are.”

In Ndaragwa, MP Jeremiah Kioni said they hope the past three years’ mad rush for land in the constituency will shore up the numbers.

He asked those who bought land and settled there to accept being counted as residents, extending the call to absentee landlords.

“If we all come, I expect the constituency to be near average if not above it. We are just appealing to people. We don’t want to look like we are moving populations,” Kioni said.

An apprehensive Mukurweini MP Anthony Kiai has been rallying locals on the call ‘Simama Uhesabiwe; save Mukurweini’ (stand up and be counted to save the constituency).

Results of the August 24 – August 31 census, expected by December, will form the basis for the compulsory boundary review expected in 2020. The threshold is also likely to go higher.

During the first review,  Section 27 of the Transitional clause protected a number of ineligible constituencies.

Ligale yesterday said they raised the issue, ostensibly predicting it would be hard to raise the numbers in 10 years but were repulsed by the law.

"We raised the matter but the law could not allow us to touch the constituencies," he said on the phone.

In the next review, the caveat will not apply, putting the areas at risk of losing about Sh3.7 billion in NG-CDF cash every year.

Constituencies that fail to meet the population threshold are either merged to create a bigger one or collapsed entirely and new ones created.

For a constituency to be retained, the population must be greater or lesser than the quota by either 40 per cent for cities as well as sparsely populated areas or 30 per cent for other areas.

The affected regions are banking on locals returning to be counted at home, especially with fears people counted at their places of residence would have their numbers factored in the respective constituencies.

Before proceeding for its month-long recess, the National Assembly passed a law that now anchors the Kenya National Bureau of Statistics’ census process.

In it were provisions that enhance data privacy as well as checks against manipulation of data – mostly used for political gains. The law says census must be done within 10 years and there is no exception.

Core to the call in the legislation is that is should let people be counted and be recorded where they are.

Funyula MP Wilberforce Oundo said this would ensure equity and compliance with the spirit of the Constitution.

On this, Oundo said: “Incidentally, there is no point of origin called Kenya for those of us who live here. We migrated from somewhere else.

"If we start balkanizing and segregating people in that manner, then we will end up saying that everybody should go back to where they came from.”

In 2009, Northeastern leaders accused enumerator and then Planning Minister of doctoring their numbers.
Counties
1 year ago

Says reducing them will affect funding, representation.
Counties
2 years ago

Why 27 constituencies risk being scrapped in border review

Twenty-seven constituencies could be scrapped in the forthcoming boundaries review if they fail the population threshold set by the ...
News
2 years ago
by MOSES ODHIAMBO Political Writer
News
13 August 2019 - 07:20