Why Kenyans do not have birth certificates

Study shows lack of awareness, culture and religion and inadequate funding are some reasons Kenyans do not have said documents.

•Lack of awareness and inadequate funding some of the reasons why Kenyans do not obtain birth certificates.

•The government in June launched an initiative to clear a backlog of 1.2 million applications by beginning of August this year. 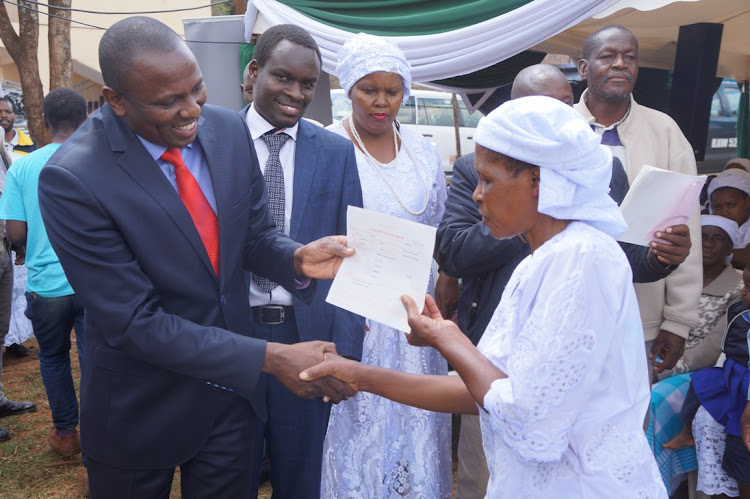 A nomadic lifestyle, hard to reach slum areas, cultural practices such as immediate burials for Muslims are some of the reasons why many Kenyans do not have birth or death certificates for loved ones.

A recent data study by UN Women reveals that by 2014, birth registration in Kenya was only 66.9 per cent complete and death registration was 45.6 per cent, which is below the international standards.

The Administrative Data study was released last Thursday in Nairobi.

Further, by 2014, only 24 per cent of children under the age of five in Kenya had a birth certificate.

Others include coverage problems due to difficult terrain and a vast geographic area, a nomadic lifestyle, hard-to-reach slum areas, incomplete decentralisation of civil registration services, weak legislation and non-enforcement of the law and limited demand for civil registration products.

"Late registration and delays in processing certificates may play a significant role in determining the disappointing levels observed with respect to possession of birth certificates," the report reads.

In June this year, Interior CS Fred Matiang'i launched an initiative to quicken the processing of birth certificates.

The Rapid Results Initiative was to run until 1 August this year and aimed at streamlining the provision of various services.

The initiative was also aimed at clearing a backlog of about 1.3 million applications.

"Some Kenyans cannot easily access government services while other children have not been registered on the National Education Management Information System because they do not have birth certificates. We have set about taking the burden off our people,” the CS said during the launch in Kajiado.

Free 10,000 birth certificates in a month

Children cannot be enrolled in school without birth certificates.
Counties
2 years ago