CS dismisses claims that the policy directive will cause job losses

• CS says there have been cases of importers fraudulently declaring cargo as meant for Mombasa when that was not the case. 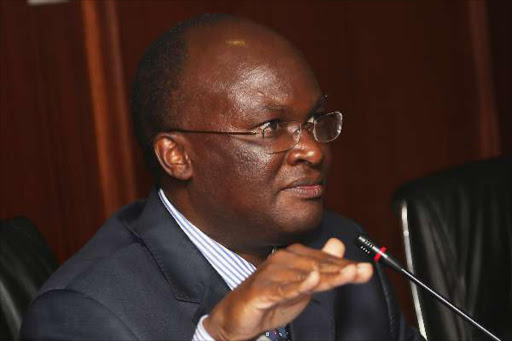 Transport Cabinet Secretary James Macharia said there have been cases of importers fraudulently declaring cargo as meant for Mombasa when that was not the case.

Malpractices at Mombasa Port were the reason for the directive that all imported cargo be hauled by SGR to Nairobi.

Transport Cabinet Secretary James Macharia yesterday said the decision followed concerns that some importers – in collusion with KRA and KPA agents – have been evading duty, occasioning losses to the taxpayers.

Macharia said there have been cases of importers fraudulently declaring cargo as meant for Mombasa when that was not the case.

“This evidence is available. We got many cases in Mariakani weighbridge. The thinking of the two agencies was to ensure we seal the revenue leakage,” he said.

He dismissed claims that the policy directive would occasion job losses, noting that more opportunities have been created through the investment in SGR.

The CS said it is cheaper to haul goods via SGR than moving the same by road.

Coast MPs allege that the number of importers using SGR was high because of a verbal directive by the ministry that importers must use the railway.

Mvita's Abdulswamad Nassir asked the CS to elaborate on the directive.

“We will not be intimidated into accepting this proposal. Let the government make Mombasa Port efficient and allow all players to compete,” the MP said.

“SGR was meant to be a blessing but that is not the situation on the ground. There are container freight stations that have already laid-off workers after losing business.”

The MP claimed there was no consultation on the policy directive which the ministry has since suspended following an outcry by stakeholders.

Lunga Lunga MP Khatib Mwashetani backed his Mvita counterpart. He said the directive has been applied for months.

“Let the importers choose where to clear their goods and mode of transport to haul the same. The total cost should factor movement to the destination and for the container’s return to the CFS,” the MP said.

“Why is the government not keen on making Mombasa Port efficient? There has to be competition. The reason of the complaint is that importers were forced to use SGR,” Mwashetani said.

Macharia told MPs at the committee chaired by David Pkosing that the ministry is consulting stakeholders on the best way forward.

Pkosing asked the CS to ensure that public participation is structured, starting with holding talks with the Coast leadership.

The government suspended the policy on Tuesday amid contestation that the move would kill businesses and cause job losses.

In a circular, Kenya Ports Authority and Kenya Revenue Authority sought that all imported cargo be hauled via the train for clearance at the Inland Container Depot in Embakasi.

The parliamentary committee session at some point turned into a shouting match after some members claimed the Coast lawmakers were bidding for interests of container freight stations (CFS).

Mathira MP Rigathi Gachagua ignited the debate after insinuating that the issue at hand was not the mode of transport but the protection of CFS’ business interests.

He claimed there were “private interests by CFSs who feel they will lose out should the government proceed with the plan”.

“We know that these are interests of CFSs who are defending their businesses,” the lawmaker said adding that SGR was a cheaper option.

Nassir fought of the assertions, saying what they need is for the government to make the Mombasa Port efficient for importers to have choices.

Mombasa Senator Mohamed Faki accused the Transport ministry of planning to create a monopoly with the compulsory use of SGR.

Nyatike MP Tom Odege asked the ministry to withdraw the circular, make the system efficient and attractive to importers.

Monopoly will not solve SGR problem

Monopoly will not make SGR profitable on Nairobi route alone.
Opinion
2 years ago

Government to pay first instalment of SGR loan in January

CS Macharia said he is hopeful that the country will be able to pay back the loan from the revenue generated from SGR services.
News
2 years ago
by MOSES ODHIAMBO Journalist and Political Writer
News
09 August 2019 - 06:00