The four who are serving terms at Kodiaga Prison referred to a similar petition which the state had conceded to.

• The inmates filed a petition challenging their discrimination from the remission of sentences.

• Justice Korir had ordered Commissioner of Prisons to ensure all prisoners who qualify to have their jail term reduced be accorded the same. 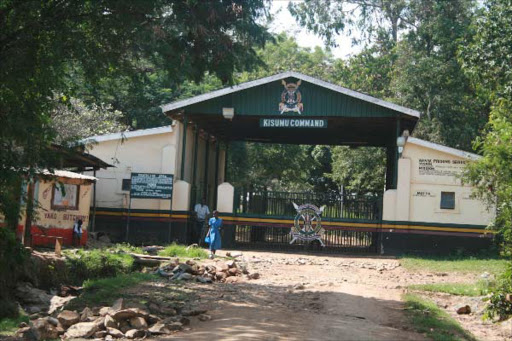 Four inmates serving death or life imprisonment qualify to have their jail terms reduced by a third for good behaviour, a judge has ruled.

Edwin Makumba, Eliud Opwapo, Richard Mbewa, and Joel Nyanja filed a criminal petition challenging the exclusion of those who were previously on death row and life imprisonment from the remission of sentences.

The four who are serving terms at Kodiaga Prison referred to a similar petition which the state had conceded to.

The Prisons Act which allows “convicted criminal prisoners sentenced to imprisonment, for a period exceeding one month, may by industry and good conduct earn a remission of one-third of their sentence or sentences.

Cherere blamed state actors for ignoring the orders in which the Judiciary opened remission of sentences to all convicted criminal prisoners.

“There are numerable decisions from this court that remission of the sentence is available to all convicted criminal prisoners which the cabinet secretary for the time being responsible for Internal Security and the Prisons Commissioner General seem not to be aware of or have ignored,” Justice Cherere said.

In December last year, judge Weldon Korir noted that he was aware of many prisoners convicted between December 8, 2014, and December 15, 2015 suffering the same predicament.

Korir issued a declaration directing the Commissioner General of Prisons to consider prisoners for the remission of sentence in compliance with Section 46 of the Prisons Act.

“It is not necessary for each prisoner to file a petition like that of the Petitioner herein,” he said.

The judge said the Constitution provides that every person has the right to equal protection and equal benefit of the law.

“When Section 46 of the Prisons Act was reinstated on December 15, 2015, it did not apply to those convicted after that date only. It also applied to every person who was already serving a sentence,” Korir said.

The one third remission law was passed in efforts to decongest jails after a Judiciary task force reported that local prisons hosted more than double their inmates’ capacity.

The Commissioner of Prisons was accorded the right to deny a jailed person any cut in their time if in his opinion the prisoner is not yet reformed.

The Internal Security Permanent Secretary also has powers to oppose the reduced sentence in the interest of public security or public order.