'We will go out full-scale and arrest anybody implicated' 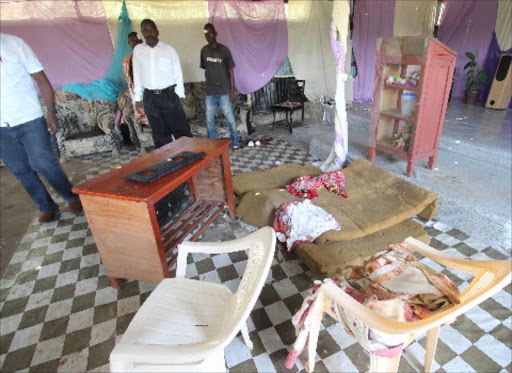 Police suspect that land and drug cartels are behind the increasing gang attacks in Kisauni.

Coast police boss Marcus Ocholla said on Wednesday they were investigating the likely link of the attacks to drug cartels who use the gangs to consolidate power and to taunt rivals.

“We are also getting some intelligence that the recent arrest of drug barons could have something to do with the attack. Should we confirm there is a relation between the arrests we made, more charges will be made against the drug suspects already in court,” Ochola said.

Police have since established a distribution network headed by a Mtwapa village elder and a Nyali woman. They oversee drug supplies to prominent businessmen in Mombasa and Malindi.

“There is nothing that will stop us from arresting any form of criminality whether its drug-related or incitement...we will go out full-scale and arrest anybody implicated,” Ochola said.

Elungata said the investigating team would interrogate politicians alleged to be sponsoring the gangs.

Two women were arrested in Kisauni last month for defrauding residents of more than Sh2 million in a land syndicate.

The suspects – Mwanaisha Hassan and Halako Bagutu – had sold land at Mwembe Legeza to Geoffrey Omondi in 2005. They sold the same land to Joyce Wanjiku in 2016.

The hotspot of land and drug gangsters are Kisauni, Barsheba, Bamburi, Mwandoni, Mshomoroni and Junda.

“Why do we have attacks only on specific areas all the time? It means community policing officers are sleeping on the job,” a member of Kisauni security committee said.

Critics accuse National Intelligence Service of ignoring reports of imminent attacks in the past.

Just hours before the Monday attack, pictures of bhang-smoking gangsters in t-shirts with obscene messages next to graffiti-covered walls were shared on social media.

Government needs to deal with economic stresses at the Coast.
Opinion
1 year ago

The gang, suspected to be part of the Wakali Kwanza group, wore reflectors.
Counties
1 year ago
by ANDREW KASUKU
News
08 August 2019 - 07:00