• Garvey's teachings of African unity had a strong impact on Kenya’s push for independence.

President Uhuru Kenyatta on Tuesday paid a floral tribute at the shrine of Jamaican National Hero The Right Excellent Marcus Mosiah Garvey during his trip.

Garvey's teachings of African unity had a strong impact on Kenya’s push for independence from the British rule in the 1960s.

Uhuru, who is on a three-day official visit to the Carribean country, has encouraged more trade and deepening commercial ties between the two nations. 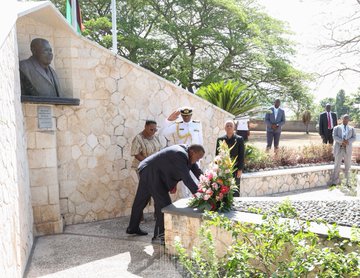 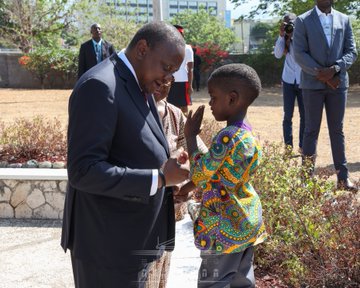 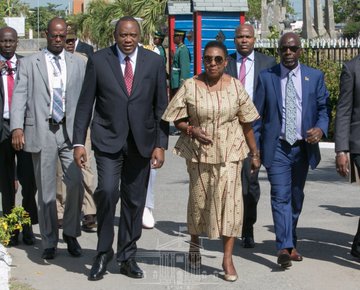 The two also signed four agreements among them MoUs on technical cooperation in tourism and in the fields of sports.

They also signed an MoU on a framework of cooperation between the two governments and an MoU on political consultations.

Uhuru was the chief guest at the 57th Jamaica Independence Day on Tuesday.

Uhuru jets out for three-day visit to Jamaica

Kenya is seeking to export coffee and tea to the Caribbean country.
News
1 year ago

The Kenyan president is a guest at Jamaica's 57th independence anniversary.
News
1 year ago
by STAR REPORTER
News
06 August 2019 - 21:08