• The deal will start in December and will involve the airline making public announcement to its passengers on human trafficking.

• UN Office on Drug and Crime will launch a global campaign against human trafficking in October. 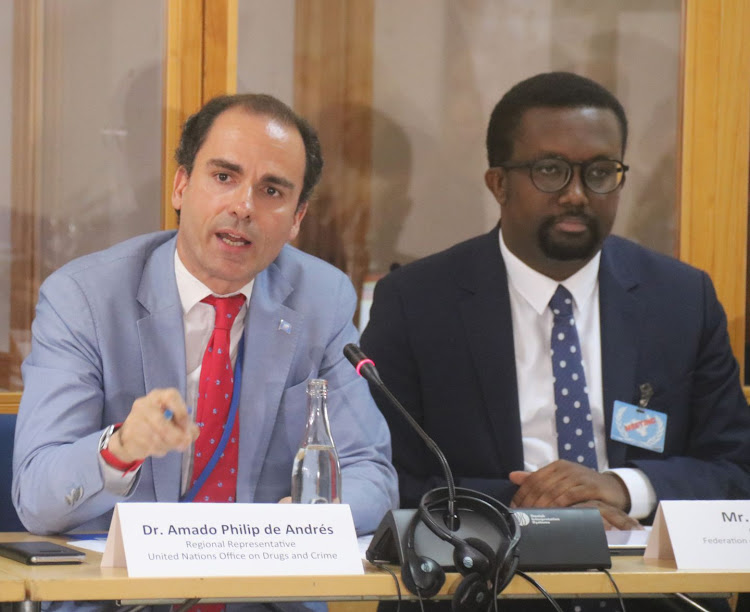 A UN agency has contracted Ethiopian Airlines to make periodic public announcements on its flights as part of efforts to combat human trafficking.

The UN Office on Drug and Crime yesterday announced that the airline will, starting from December this year, make announcements on the various forms of trafficking and how to detect and stop them during its flights.

Speaking during a meeting to mark the UN's world day against trafficking of persons at Gigiri offices, the agency's regional representative, Amado Andres, said flights are the most used mode for trafficking, making it effective in creating awareness on the subject.

He said the airline has a wide reach and is well-reputed in the region and the world, and will thus ensure the anti-trafficking message reaches many people.

"With Ethiopian Airlines, we are talking about a fleet of over 100 planes and is seeking to grow to over 200 in the next year. This means it has a huge passenger volume in a year," he said.

"Most victims are women, girls and children who are lured with money, jobs, and pleasures such as sex with virgins, promises which are normally not true," Andres said.

Terrorist networks have also exploited trafficked persons by recruiting them, taking advantage of their desperate situation.

"With the regular public announcement service explaining how trafficking takes place, the techniques used to traffic and how to combat it, we will make a major stride in this initiative," Andres said.

Women, children and the youth are the most susceptible to human trafficking, Directorate of Criminal Investigations director George Kinoti said ...
News
4 years ago

Apart from the announcements, the airline will also hire victims of trafficking to be part of the campaign as part of the rehabilitation.

Andres said that before engaging the airline in December, the UN agency will in October launch a global campaign against human trafficking.

The initiative by UNODC comes barely a month after Kenya failed to secure a favorable rating by the US state department on its efforts to combat the crime, grouping it in tier two.

The global survey issue in June indicated that the Kenyan government "does not fully meet the minimum standards for the elimination of trafficking but is making significant efforts to do so.”

A similar report last year flagged the country as a source, transit, and destination country for persons subjected to forced labour and sex trafficking in East Africa.

It noted that the country continues to host illegal recruiters, who maintain networks in Uganda and Ethiopia, which recruit Rwandese, Ethiopian, and Ugandan workers through fraudulent offers of employment in the Middle East and Asia.

Suspect in custody over human trafficking
News
3 years ago
Post a comment
WATCH: The latest videos from the Star
by GORDON OSEN News Journalist
News
31 July 2019 - 05:00
Read The E-Paper