TO BURY OR CREMATE

•Okoth's paternal family in Kochia, Rangwe,  wants to bury their son according to the Luo traditions

• But Okoth's mother wants his son interred in Kasawe in Homa Bay, where she built a home. 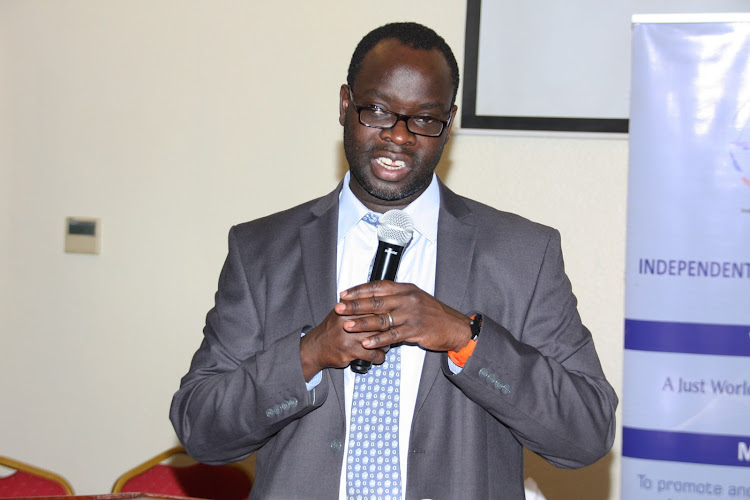 A tussle over whether the late Kibra MP Ken Okoth should be cremated or buried has split the family right down in the middle.

The Star has learnt that Okoth's ailing mother, Angelina, has warned against cremation plan, saying she would boycott the final rights for his son if her wish is denied.

A close family member yesterday said there are fears that Angelina's health could worsen if her wish to bury her son in her native home in Kasewe, Homa Bay county, is ignored

At the centre of the battle for the second-term MP's body is the push and pull pitting the paternal and the maternal families over his final resting place.

A family source confided to the Star said Okoth's European wife, Monica, and his younger brother are pushing for cremation, saying the MP had verbally expressed his desire to be cremated.

Monica's battle for her husband's body rekindles memories of the struggle in 1986 over the body of prominent city lawyer SM Otieno.

He was finally buried in his Siaya rural home after a protracted battle pitting his Umira Kager clan against businesswoman Wambui Otieno.

In the recent past, a number of prominent people including businessmen, politicians, church leaders and sports personalities have also chosen cremation, sometimes against the wishes of family members and their clans.

Okoth's mother is said to be under pressure from the daughter-in-law to accept that his son be cremated but the grandmother has said that would only take place "over my dead body".

A source who spoke on condition of anonymity said she has vowed not to accompany the body back to Nairobi for cremation after final service in Kasewe.

“She has made it clear that she will not be party to a cremation process in Nairobi. She will go with the body to Kasewe and not travel back to Nairobi,” the source said.

Lack of Okoth's will with instructions on cremation or burial has thrown burial arrangements into disarray.

His parents separated in the late 80s.
Counties
3 years ago

Also supporting cremation is Okoth’s elder brother only identified as Bob who resides in the US but is currently in the country.

The anti-cremation team is led by one of Okoth’s brothers and a sister who do not want to hear of cremation and want the MP laid to rest at maternal home in Homa Bay county.

However, Okoth's paternal family wants to bury the MP next to his father who was interred at Kanyachir Amocho village, Kochia, Rangwe subcounty.

After breaking up with her husband, Okoth’s mother built a home in her native  Kasewe where she now wants her son's remains interred.

Angeline Ojwang’ and Nicholas Obonyo separated in late 1980s after Okoth had been born and the dowry is alleged to have been returned.In Luo culture, when dowry is taken back to the man's family, it means marriage is dissolved.

Okoth’s father died and was buried in 1993 in Kochia.

Raymond Mbai, the paternal family's spokesman, said they would wish that Okoth be buried next to his father since the mother was married there and the dowry paid.

Mbai, Okoth's cousin, said the family would wish the MP to be buried at the ancestral home in accordance to Luo traditions.

“Luo culture dictates that a man is buried at his or their father’s home. We appeal for the MP be buried here in Kochia,” Mbai said.

He argued that the MP later moved and stayed with his mother in Ogenga village in Kabondo-Kasipul constituency.

“MP Okoth remains our son despite the separation. It’s prudent if the body is buried near his father,” Mbai added.

'Ken battled cancer with unique bravery while serving his voters to the last minute'.
News
3 years ago

Obonyo was polygamous and married two other women and had children with them.

Okoth stepbrother Alfred Omondi appealed for the body to be buried in Kochia.

He claimed they have unsuccessfully attempted to reach the MP’s maternal family over the burial arrangements.

“We haven’t reached common ground on burial arrangements with one of my sisters in Nairobi,” he added.

The family says Okoth was a grandson of a paramount chief known only as Obonyo who served for 50 years during the colonial era.

The chief had a polygamous family with many children, among them Okoth’s father.

Mbai said the father had three wives including the Okoth's mother, Ajwang.

Tentatively, the family had broadly agreed on having the body availed for public viewing in Nairobi on Thursday, with a memorial service by Starehe Boys community lined up early next week.

After that, it's planned to fly the body to Kasawe at Got-Rateng’ Primary School grounds where a prayer service will be conducted.

Finally, he is to be flown back to Nairobi for cremation. But that's tentative.

Yesterday, National Assembly Speaker Justin Muturi named an eight-member ad-hoc committee to liaise with the family on funeral arrangements for the late MP.