The drug can be used by all populations, including pregnant women and women of reproductive age

• The drug was previously feared to cause birth defects of the brain and spinal cord in infants born to women using the drug at the time of conception.

• But WHO now says the drug can be used by all populations, including the pregnant and women of reproductive age. 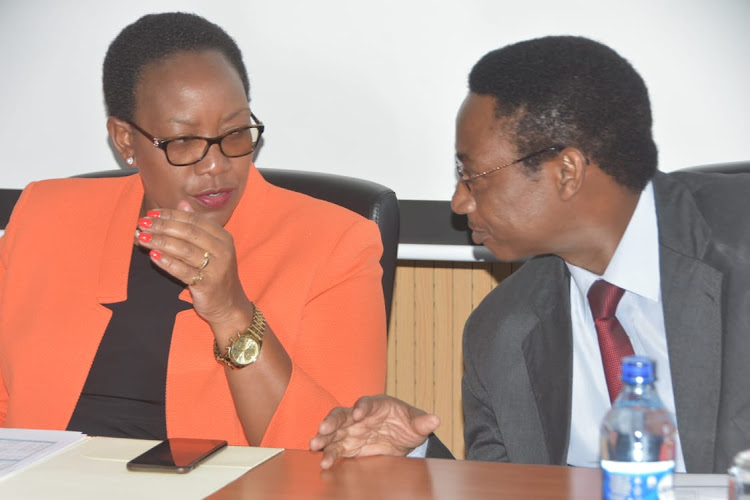 HIV positive women in Kenya will now be free to use the antiretroviral drug dolutegravir, also known as DTG, after the World Health Organisation endorsed its safety.

WHO on Monday recommended the drug as more effective, easier to take and with fewer side effects than alternative drugs that are currently used.

The drug was previously feared to cause birth defects of the brain and spinal cord in infants born to women using the drug at the time of conception.

But WHO now says the drug can be used by all populations, including the pregnant and women of reproductive age.

Results from several studies had issued a note of caution about the use of DTG by women of childbearing age.

This potential safety concern was reported in May 2018 from a study in Botswana that found four cases of neural tube defects out of 426 women who became pregnant while taking DTG.

This led to the Health ministry telling hospitals to stop prescribing the drug to HIV-positive women.

Women between 15 and 49 years who were on the drug, were to be given efavirenz as the primary treatment.

The then Director of Medical Services Jackson Kioko in July last year directed county health bosses to ensure that pregnant and breastfeeding mothers to whom  DTG had been prescribed continue using them until they stopped breastfeeding.

“New data from two large clinical trials comparing the efficacy and safety of DTG and EFV in Africa have now expanded the evidence base. The risks of neural tube defects are significantly lower than what the initial studies may have suggested,” WHO says.

The global health agency says the guidelines considered mathematical models of the benefits and harm associated with two HIV drugs; dolutegravir and efavirenz.”

Other factors were values and preferences of people with HIV as well as factors related to the implementation of HIV programmes in different countries and cost.

The organisation says it is updating its HIV therapy guidelines to strengthen its recommendation for DTG as the primary treatment because of its efficacy, tolerability and a high genetic barrier to resistance.

This, according to WHO, is important given the rising trend of resistance to EFV and nevirapine-based regimens.

In 2019, 12 out of 18 countries surveyed by WHO reported pre-treatment drug resistance levels exceeding the recommended threshold of 10 per cent.

HIV positive women had challenged the decision by the ministry, saying the study had been conducted in Botswana and that the findings had nothing to do with Kenya.

Eastern second in discrimination against HIV/AIDS positive people.
News
3 years ago
Post a comment
WATCH: The latest videos from the Star
by MAGDALINE SAYA REPORTER
News
25 July 2019 - 06:00
Read The E-Paper