• Kimilili MP wants law amended for interns to be paid Sh25,000 every month 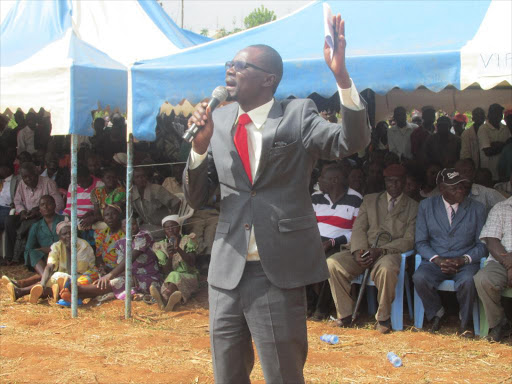 Unemployed graduates could be considered for a standard monthly stipend if Parliament passes proposals by two MPs to amend the current law.

The draft proposals by MPs Didmus Barasa (Kimilili) and Caleb Amisi (Saboti) seek to compel the government to pay fresh graduates and unemployed youth a monthly stipend to sustain them for the period they are jobless.

The legislators have separately sponsored amendments to the Employment Act and Social Assistance Act 2013 to cushion youths from harsh economic times.

Whereas Amisi wants the Social Assistance Act amended to provide for Sh3,000 hardship allowance every month, Barasa is pushing for an amendment to the Act to compel all employers to have at least five per cent of their workforce made up of paid interns.

The two MPs appeared on Tuesday before the National Assembly Budget and Appropriation committee chaired by Kikuyu MP Kimani Ichung'wa.

“The principal object of this Bill is to amend the Social Assistance Act to provide that a person who qualifies as unemployed youth shall receive a hardship allowance every four months in the form of assistance from the government,” Amisi’s proposal reads.

The Saboti MP is also seeking to amend the Act to include youths among those who qualify for social assistance. Such youths will be required to register with the National Employment Authority.

Currently, there are 2.6 billion unemployed youth – according to UNDP’s projection - with the numbers estimated to increase by 200,000 every year.

This will mean that the government will spend Sh93.6 billion in the first year to pay the unemployed youths; the figure will, however, shoot to Sh100.8 billion in the second year.

Barasa, on the other hand, wants to amend the Employment Act 2007 to provide for absorption of diploma and graduate interns by private and sector employers.

The interns, Barasa proposes, should be entitled to Sh25,000 every month for the period they are engaged.

“It also seeks to make provision for a requirement for all employers to file annual internship compliance returns with the director of Employment,” Barasa said.

The Kimilili MP's proposal is estimated to cost taxpayer’s Sh26.5 billion if each of the country’s 110,604 interns is to be absorbed for an average of Sh20,000 monthly.

Helb levies penalty of Sh5,000 monthly on defaulters in on top of interest.
News
3 years ago

Our leaders should be afraid, very afraid

Large number of unemployed youth and a population without basic needs is a time bomb.
Opinion
2 years ago
by LUKE AWICH Political Reporter
News
24 July 2019 - 00:00