Why it will be hard to implement Building Bridges Initiative proposals

The BBI team led by Garissa Senator Yusuf Haji has been conducting in about 40 counties to take views from the public on the 9-point handshake agenda.

• On the fore is a protest by a Parliamentary committee, which is likely to be tasked with implementing the report, that the process is marred by secrecy.

• The other warning sign is in the face of a rift in the Jubilee Party posing the question of whether they will reach common ground on the report. 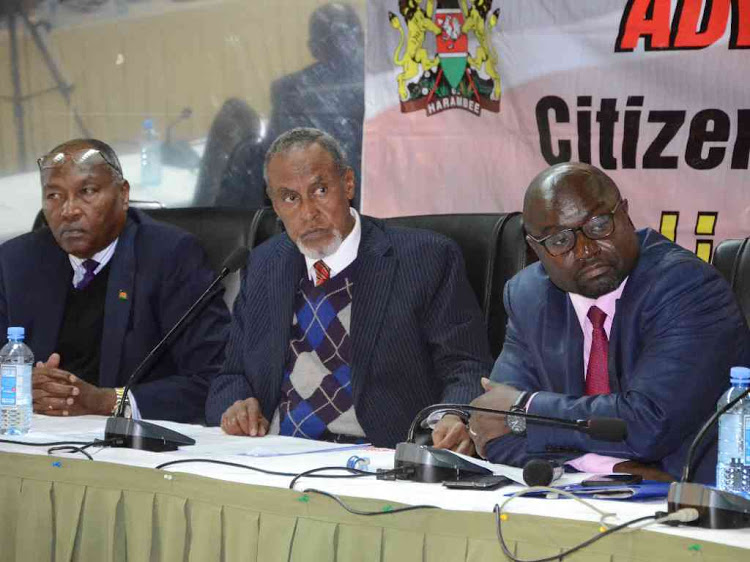 President Uhuru Kenyatta and ODM leader Raila Odinga are faced with a hurdle of implementing the Building Bridges report amid waning political support to the process.

On the fore is a protest by a Parliamentary committee, which is likely to be tasked with implementing the report, that the process is marred by secrecy.

The Constitutional Implementation Oversight Committee accuses the BBI team of working in exclusivity, hence risk facing opposition by MPs upon issuing their report in October.

More uncertainty comes in the pending case by the Ekuru Aukot-led Thirdway Alliance challenging the legality of the advisory task force.

Some quarters argue that the question of legality was partly settled by the gazette notice giving BBI its mandate, structure, and set timelines.

The other warning sign is in the face of a rift in the Jubilee Party posing the question of whether they will reach common ground on the report.

Other parties such as ODM and Musalia Mudavadi’s ANC have equally remained tightlipped on their proposals to the handshake team.

Those closely following the initiative say it risks being set up for failure if the implementation coincides with campaigns for 2022. 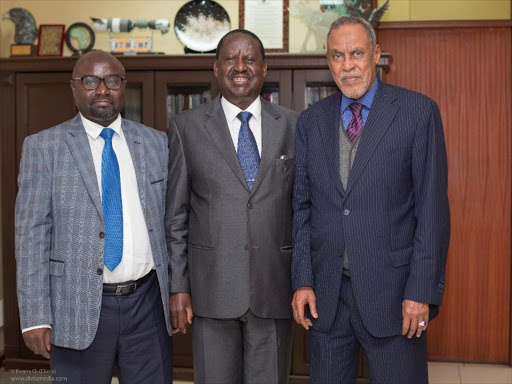 Uhuru formed the handshake team under in May 2018 under Article 10 of the Constitution.

They were to tackle ethnic antagonism and competition, lack of national ethos, inclusivity, devolution, divisive elections, safety and security, corruption and shared prosperity.

The greatest concern, however, is how Uhuru and Raila would navigate the split in the National Assembly to reach consensus on the proposals.

CIOC chairman Jeremiah Kioni (Ndaragwa MP) told the Star that involving Parliament from the onset would cure doubts that the process is partisan.

“For as long as it is done in exclusivity, the BBI report will receive a lot of opposition from the people’s representatives,” he said.

CIOC, as the law posits, has maintained that implementing the BBI report without involving Parliament “will amount to a Constitutional coup”.

Some of the proposals will have ramifications forcing a change to the Constitution. Whichever way the reforms go, it needs the proper political goodwill of other actors.

“Unless there are people planning a constitutional coup, they should involve us…the earlier the better, or sooner than later,” Kioni said.

The BBI team led by Garissa Senator Yusuf Haji has been conducting in about 40 counties to take views from the public on the 9-point handshake agenda.

At the height of anxiety around the activities of the BBI team, the task force this week dismissed claims of settling on a referendum.

BBI joint secretary Lawyer Paul Mwangi said it was premature for anyone to insinuate that there will be a referendum.

“Not every constitutional amendment requires a referendum. If that becomes the case, then it is that point that one can think of a referendum or not,” he said.

Adams Oloo, vice chairman of the Task Force, said they will only consider proposals presented orally in the community forums or through written memoranda.

This was in response to concerns that the referendum proposal is being mooted in political rallies.

Frank Mukwanja, executive director Centre for Multiparty Democracy, holds there’s a high per cent chance there will be some reforms; administrative, legal, and policy.

“If there is contestation in parliament, then you start defeating the whole idea. This will see the emergence of camps going into the possibility of a referendum,” Mukwanja added.

CMD cautioned that should the country take the referendum path, the wheel of electoral and governance reforms pegged on 2022 will be slowed.

“If you head the referendum direction, you will have a split and that sets up the country on a negative contest going into 2022, meaning the motive and intention of the BBI will be lost,” the director said.

Mukwanja said since the report will upstage others like TJRC, Waki, Ndungu Land, Kriegler, failure to implement it would be costly to the others.

“The critical reports will go down the ladder when the one (BBI) that has the chance of enabling the implementation is defeated because of no political goodwill.”

“To help the country, Raila and Uhuru should stop the narrative of vilifying those opposed to the BBI. They need to lead by example in unifying Kenyans by expanding the handshake,” the CMD boss said.

We have failed to deal with all the historical injustices that have divided us along tribal lines.
Opinion
2 years ago

No turning back on building bridges initiative - Uhuru

We have chosen the hard road of bringing unity against easy road of division.
News
2 years ago
by MOSES ODHIAMBO Political Writer
News
21 July 2019 - 06:48