Project to comprise 61 floors and stand 350 metres high, becoming the tallest in the country

• MP says there are Europeans who said if the building is built it would block them from seeing the ocean. 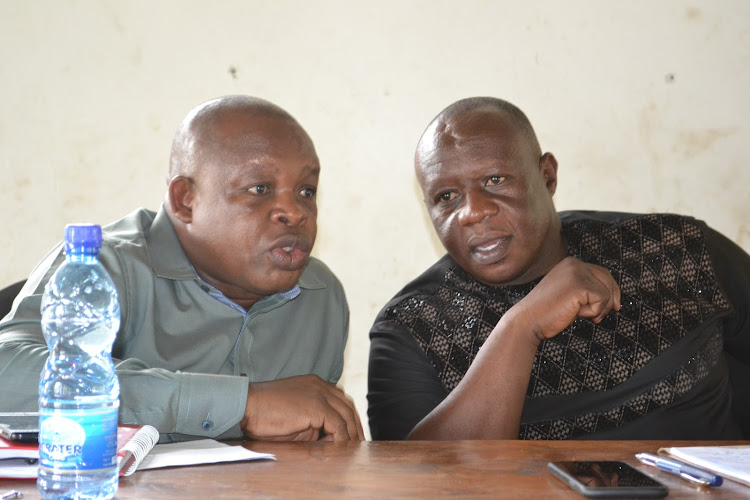 Kilifi North MP Owen Baya has declared war on Tourism CS Najib Balala for rejecting the Sh28 billion Palm Exotica project in Watamu, which is expected to transform the industry.

Baya accused Balala of blocking proposed tourism investment to protect the interests of a few foreigners who feared competition.

The proposed Palm Exotica project shall comprise of a 61-floor luxury tower, the tallest in the country, 350 metres tall.

Speaking in Watamu during a meeting with bodaboda operators on Sunday, he said Palm Exotica will revive the stalled tourism sector in Kilifi.

He said the project will create employment for many local youths.

The legislator said Balala was favouring the British at the expense of residents.

He told the CS not to provoke the people of the county by rejecting the project as "they would deal with him".

“As a Minister for Tourism, he is supposed to ensure the sector and the economy of the industry grows."

Baya said there were Europeans who said if the building is built it would block them from seeing the ocean, terming it a non-issue which had nothing to do with residents.

He added, “We have a leadership which must be respected and if Balala wants to make decisions about this place he must involve the leaders, he has not consulted me, he has not talked to the governor and has no authority to speak on behalf of the people of Kilifi."

No one in Coast elected Balala and told him to work as an appointee of President Uhuru Kenyatta, the lawmaker said.

The project is said to be owned by a veterinary doctor and property investor Giuseppe Moscarinno, Career Private Fund’s manager Oliver Nepomuceno and Rome Based Architect Lorenzo Pagnini who have submitted the Environmental and Social Impact Assessment report to the National Environmental Management Authority.

She says hundreds of workers from African nations are stuck at labour offices.
Counties
3 years ago