• There have been many gruesome murders reported in families in the recent past.

• Most involve spouses killing each other before turning on their children. 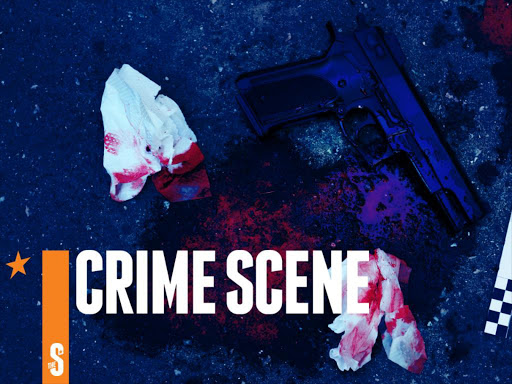 Police have raised the alarm regarding increased murders within families.

In two weeks alone, at least four families in Thome in Nairobi, Rongai and Kisii have perished. In all the four cases one of the spouses attacked the partner and killed the children before committing suicide.

"Depression is a common feature in all these murders. Many people are having difficulty coping with life," DCI George Kinoti told the Star on Thursday.

On Madaraka Day, President Uhuru Kenyatta spoke against the rising cases of suicide, homicide and femicide.

Kenyatta said there was no admissible reason for one to take away an innocent life.

"Indeed as your President, husband, father and grandfather it pains me to see the distress and anguish in the faces of family members left behind by those who are murdered," he said.

On Tuesday, bloody bedsheets, several fresh wounds, swollen bodies with foam stuck on the mouth and a lifeless body hanging from the ceiling welcomed police officers who visited the scene of the crime in Thome Estate, Nairobi.

Joyce Wanjiru had hacked her husband to death and killed their two children before hanging herself.

Life had been sucked out of the three-year-old girl and her five-year-old sister in an unimaginably slow painful death, one after the other.

Wanjiru is suspected to have used a towel to suffocate her two children.

In what started as a domestic squabble which the neighbours became acquainted to, an entire family perished.

Neighbours described the man as very polite who on a few occasions would be beaten by his wife.

“They often quarreled and the wife would end up beating him, but he never fought back,” a neighbour said.

This was just one killing among many that have struck the country recently and painted a concerning picture in the institution of marriage and family.

At Omobondo area in Kenyenya, Kisii county, two girls, Stephanie Kerubo, 4 and Diana Kerubo, 6, were found dead at their home.

Their guardian, a deputy headteacher at a nearby primary school, Martson Kirochi and his wife Gladys Kirochi said they arrived at their home at 5pm on Wednesday to find the main gate locked.

“I went over the fence but discovered that the door was locked from inside. I called but no one responded,” he said.

Mirochi said he then went around the house where he saw the two bodies laying separately; Stephanie's at the back door of the house while Diana's body lay near a pit within the compound, her pants halfway removed.

His wife, had left for the market where she is a fishmonger and she also returned to a home already soaked in grief.

Gladys said she had been with the children until 2 pm shortly after they had returned from school.

“I just left them playing their games inside the house. I did not imagine I could find them dead a few hours later,” she said.

Similar incidents have occurred at Nyaura and Kari areas in Kisii town.

Kenyenya villagers now want security beefed up to stem such incidents in the future.

“Even as we agitate for justice for this family, let security be beefed up,” Tom Kinanda, an elder said.

Stephanie was a nursery school pupil at Kenyenye Primary school, while Diana was in grade one in the same school.

Police are holding four suspects including a 16-year-old in connection with the gruesome murder of the two children.

In addition to the minor, the other suspects are David Omwenga Luka, 30, Timothy Mainga, 27, and Gilbert Musa Nyabuto, 20.

Preliminary investigations by the police suggest the two girls aged four and six were defiled before they were strangled to death, allegedly because the perpetrator was known to them.

In yet another incident, residents of Nkabune village in Meru two days ago were treated to a gory scene of a headless woman. The head had been thrown about 30 metres from the body.

Justa Mungania, a 25-year-old mother of a two-year baby is said to have met her death as she was headed for lunch at his grandparent's home where she stayed.

The casual labourer at the Nkabune technical Institute never made it to provide the last meal for her baby whom she routinely breastfed during lunch break.

Nkabune location chief Kaari Muguna said he was informed of the killing at a few minutes after 1pm on the said date.

“I received a call that a woman was murdered on reaching the scene we found the body but without a head. We followed the blood traces and found the body in the nearby shamba,” Muguna said.

Investigators could not establish the reason for the killing but residents affirmed that the place was a hotspot for crime.

A day before Mungania was murdered, Nandi county was hit with a shock after a woman hacked to death her two children in a ritual like incident before she fled.

Flossy Jeptoo, 33, killed her two school going daughters before slicing them into small pieces and throwing them into a 30 feet pit latrine.

The bodies of the two children Beryl Chepchumba 7, and Ivy Chelangat 11, were discovered by the villagers from a raw smell of blood coming from the deserted house.

Joseph Koech, the area assistant chief said they were guided by a trail of blood which came from the house to the toilet.

“On checking, a trail of blood was discovered from the house the suspect and her children were living to the latrine, and there were strange foul smell and scene covered by house flies,” Koech said.

The cliff faced in depression