Will retreat mid this month to compile document.

• The experts including historians and constitutional lawyers were competitively hired and are up to the task before them.

• The team is embarking on the last leg of county visits ahead of the retreat. 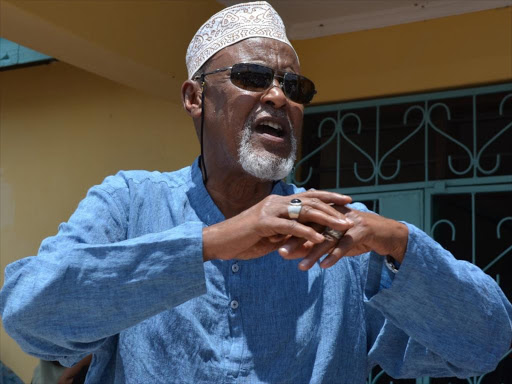 The Building Bridges Initiative has hired eight experts to help with the finalisation of its report.

The document will be presented to President Uhuru Kenyatta and ODM leader Raila Odinga in September.

Co-chairman Senator Yusuf Haji yesterday told the Star the team will retreat mid this month to compile the report.

He said, without giving names, that the experts, including historians and constitutional lawyers, were competitively hired and are up to the task before them.

“Our term comes to an end in September and we are rushing against time to ensure that we have a solid report that will try to address the issues that were identified,” Haji said.

The team is embarking on the last leg of county visits ahead of the retreat.

Some of the counties the team is yet to visit include Lamu, Tana River, Taita Taveta Kwale, Nairobi, West Pokot and Trans Nzoia.

The task force was formed shortly after the 'handshake' between the President and Raila on March 9 last year.

It is mandated to "outline the policy, administrative reform proposals, and implementation modalities for each identified challenge area".

The BBI team is tasked, through public participation, to propose lasting solutions to the challenges.

Martin Kimani and Paul Mwangi are joint secretaries to the task force.

Yesterday Mwangi, Raila's long-time legal adviser, told the Star the experts will help the team understand the laws and history on identified issues and put them into perspective.

“The nine-point agenda are the real issues affecting Kenyans and which we are confident to address,” Mwangi said on phone.

He said the team had started to analyse issues raised with the help of experts so that they can complete their work by end of September.

“We are supposed to complete by October but it is better that we are all committed and want to utilise the time we have,” Mwangi said.

He said that history will help them understand how to tackle issues raised in the report.

“We cannot say that we will have a referendum but the truth is, we are already going through the opinions provided by Kenyans. They will dictate what to do next,” Mwangi said.

He added that the group already have a picture of what Kenyans want and the team was already processing the issues raised.

“Our main agenda is to allow Kenyans to drive the process. We will have a number of retreats to make a solid, competent and effective report,” he said.